While one sees her opposite Nawazuddin Siddiqui, others see her alongside Rajkummar Rao, John Abraham and Amitabh Bachchan. 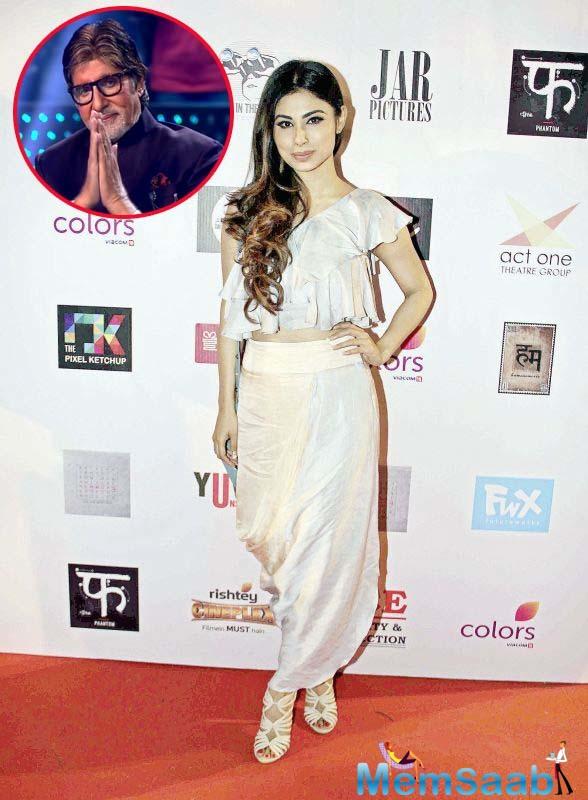 In This Image: Mouni Roy, Amitabh Bachchan
Talking about her upcoming films, Mouni says, “I consider myself very lucky for being part of the films and that too with good filmmakers and actors,” and adds, “Can you imagine working with Akshay sir, John sir and Amitabh Bachchan? Nothing can be better than this, especially since I have been here for just one-and-a-half year.”

The actress undeniably agrees being intimidated while working with the Big B. 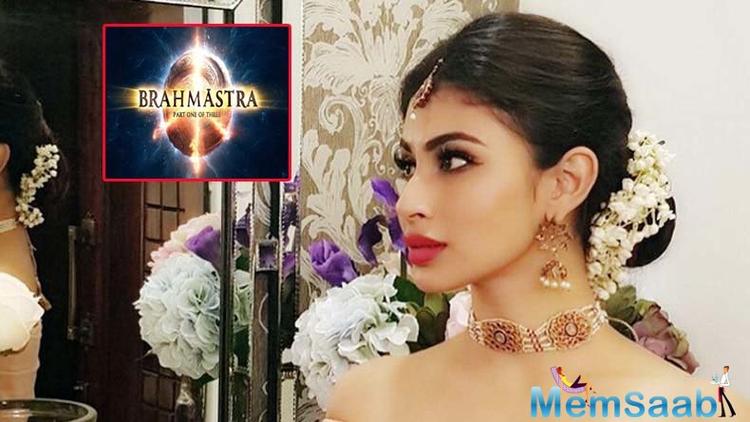 In This Image: Mouni Roy
“I was like a puppy going round and round. Since I know poems written by Late Shri Harivansh Rai Bachchan like Madhushala, I was so eager to narrate it to Amitabh sir. I got to work with him for a very short period of three days and I was definitely in awe of him,” says Mouni and adds that the director of Brahmastra Ayan Mukerji had to remind her to be in her character of a villian — the role that she has been cast in.