This month’s special edit of GQ India: Anil and Harsh...

This month’s special edit of GQ India: Anil and Harsh explore the nuances of their relationship

The leading lifestyle and fashion magazine, GQ India has chosen quite an unconventional pair from tinsel town for its cover this month. 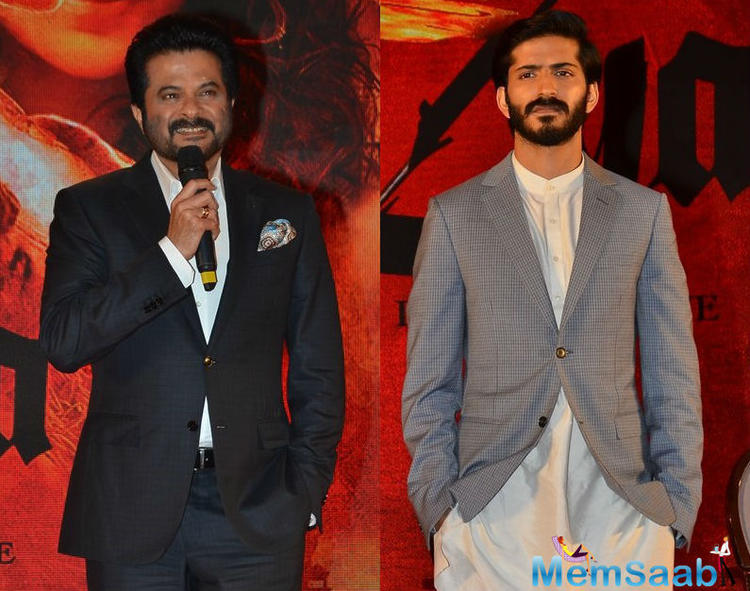 In This Image: Anil Kapoor, Harshvardhan Kapoor
And it’s none other than, Anil Kapoor and Harshvardhan Kapoor who are touted to be the coolest father-son duos in Bollywood. This co-incidentally is also their first cover shoot together and they sit down to discuss their brilliant equation in this month’s special feature.

The duo has also made heads turn and hearts break with their dapper style game and were spotted at the recently concluded GQ Best Dressed Awards 2017.

In This Image: Anil Kapoor, Harshvardhan Kapoor
With contrasting personalities, the duo is seen pushing the style envelope of twinning and donning some high-fashion brands, looking suave and with a matching beard game that’s dead on stage.

Giving us ample reasons to grab a copy, Anil Kapoor and Harshvardhan Kapoor explore the nuances of their relationship and slay it stylishly while doing so!

In This Image: Anil Kapoor, Harshvardhan Kapoor
Sparking off rumours of collaboration for Abhinav Bindra’s biopic, Anil Kapoor is gearing for the release of Mubarakan while Harshvardhan is shooting for Bhavesh Joshi.

Twinning and doing blue on blue, the men are seen in similar Diesel shirts.