Deepika Padukone is back to the grind after ringing in the New Year with hubby Ranveer Singh and her family. The ‘Padmaavat’ actress kick-started her birthday week with a yoga session and her instructor took to social media to share a picture of her mid-pose.

The actress went with an all-black athleisure outfit for her session and stretched her limits by attempting a pose that calls for a lot of balance and precision. 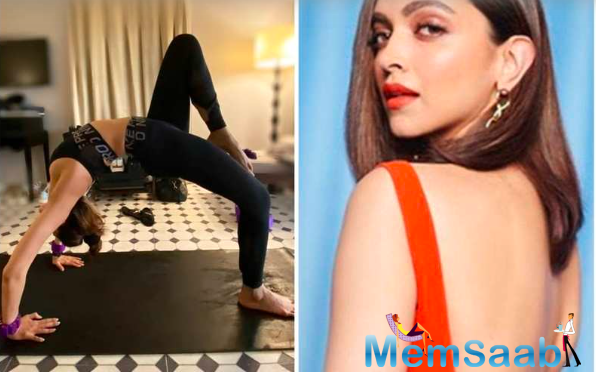 In This Image: Deepika Padukone
Deepika had recently had everyone worried when she deleted her social media posts. But the actress soon took to the ‘gram to wish her fans with an audio note on New Year, and then shared a series of pictures from her Ranthambore trip, talking about the importance of spending quality time with family.

The talented actress also has a long list of interesting projects in the offing–from Shakun Batra’s untitled film with Ananya Panday and Siddhant Chaturvedi, to the Hindi remake of ‘The Intern’, and Shah Rukh Khan’s ‘Pathan’. 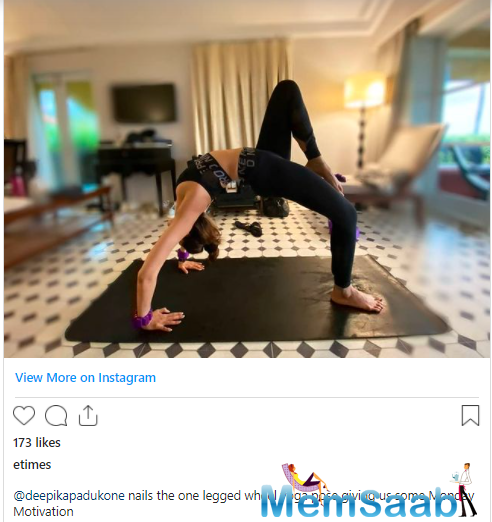 In This Image: Deepika Padukone
She has also bagged a role in Nag Ashwin’s next which will feature her with Prabhas.