Mira Kapoor: Money doesn’t grow on trees, but my currency...

Mira Kapoor: Money doesn’t grow on trees, but my currency does

Mira Kapoor has shared a few words of wisdom on social media, and we can’t stop but take a moment to think about the motivational post. The star wife has now posted a picture which is enlightening in every sense. Speaking about ‘health is wealth,’ Mira wrote some inspiring words.

Shahid and Mira tied the knot on July 7, 2015, and are blessed with two children, Zain and Misha. 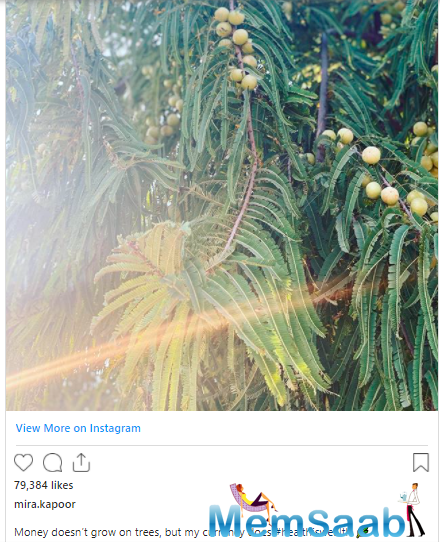 In This Image:
The actor, who delivered the second biggest blockbuster of 2019 in the form of Kabir Singh, is now gearing up for Jersey. This drama set against the backdrop of cricket was earlier slated to release on August 28 but was postponed due to the Coronavirus pandemic.

Speaking about Shahid Kapoor, the actor will be next seen in Jersey, along with Mrunal Thakur. 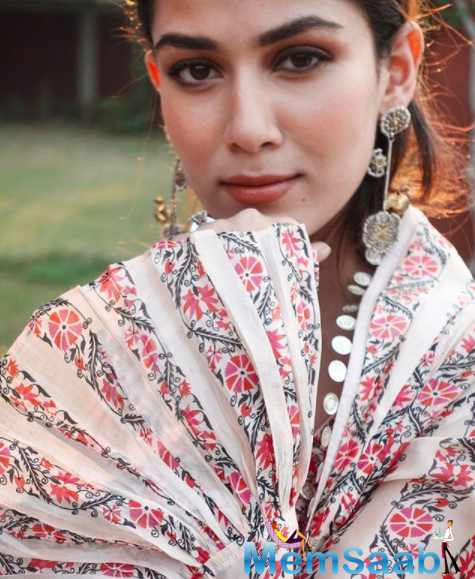 In This Image: Mira Kapoor
The film is a Hindi remake of the Telugu hit of the same name. The Hindi version is also being directed by Gowtam Tinnanuri, who helmed the 2019 original. The story is about a talented but failed cricketer named Arjun, who decides to make a comeback in his late thirties and play for India, in order to fulfil his son’s wish. Before shooting in Uttarakhand, the team had shot in Chandigarh. Shahid Kapoor is known for films like Ishq Vishk, Vivah, Jab We Met, Kaminey, Haider, Udta Punjab, Padmaavat, and Kabir Singh.