Global star Priyanka Chopra is back at this year’s annual Met Gala in New York City and is making a serious style statement.

Donning a Ralph Lauren velvet evening gown, PC was in sync with this year’s theme– ‘Heavenly Bodies: Fashion and the Catholic Imagination’. 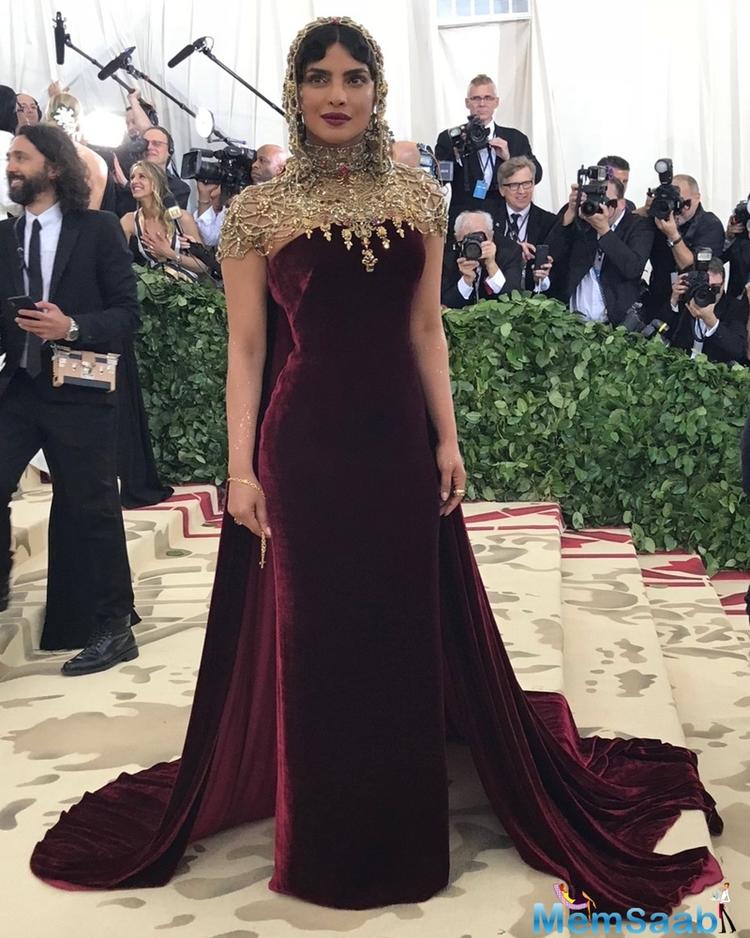 In This Image: Priyanka Chopra
Priyanka, who made her debut internationally with the American drama series Quantico, opted for a wine red strapless gown with a billowing train paired with an embellished gold chain headdress reminiscent of a medieval knight. She completed her look with subtle make-up and maroon lips. 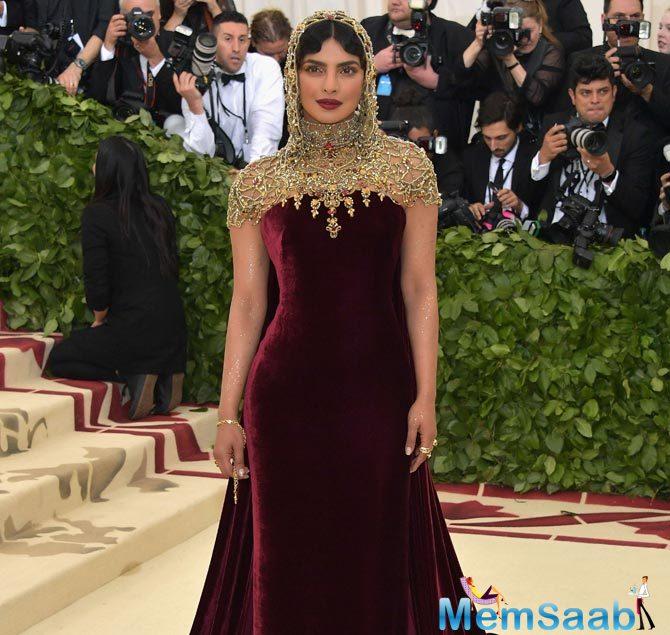 In This Image: Priyanka Chopra
This year’s theme has reportedly been selected to pay tribute to the masterworks of religious art in the museum through the medium of fashion. According to Twitterati, with her dramatic look, the ‘Baywatch’ star did complete justice to the theme. “The embroidery of Priyanka Chopra’s #MetGala look is everything and the headpiece is AMAZING,” wrote one user. “Priyanka Chopra 100% in the theme #MetGala,” wrote another. 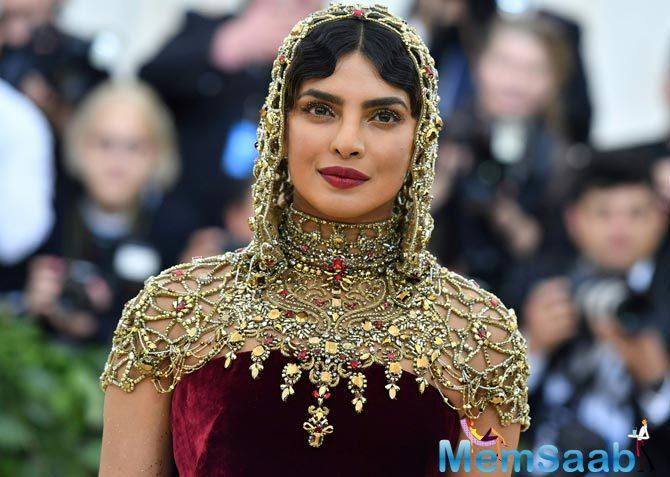 In This Image: Priyanka Chopra
The hosts for the evening were Rihanna, Amal Clooney and Donatella Versace. The annual event is the invitation-only fundraiser to benefit the New York’s Metropolitan Museum of Art’s Costume Institute.