The makers of 83 unveils the first look of Deepika...

The first look of actor Deepika Padukone as Romi Dev in the upcoming sports drama, 83, directed by Kabir Khan has surfaced online. The film features Ranveer Singh as Kapil Dev. On Wednesday, a picture of Deepika Padukone and Ranveer Singh from their upcoming film 83 surfaced online. The actress is known for getting into the skin of any character she portrays and she has done it again in a cameo role playing Kapil Dev’s wife.

The pairing of the real-life duo of Ranveer and Deepika with their flawless chemistry will once again be seen as Kapil and Romi Dev. Deepika has perfectly essayed the role of Romi Dev with her timeless look. 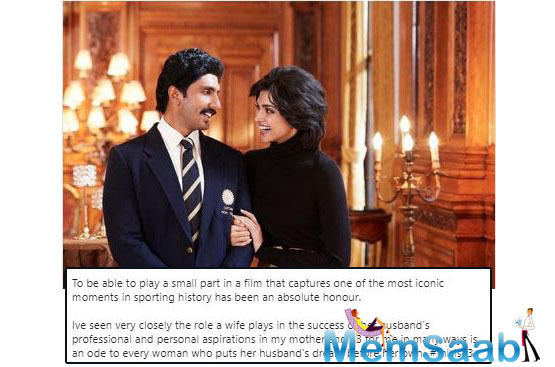 In This Image: Deepika Padukone, Ranveer Singh
Deepika Padukone shares, “To be able to play a small but significant part in a film that captures one of the most iconic moments in sporting history has been an absolute honour. I’ve seen very closely the role a wife plays in the success of her husband’s professional and personal aspirations in my mother and 83 for me in many ways is an ode to every woman who puts her husband’s dream before her own”

Kabir Khan adds his thoughts and shares, “I have always thought of Deepika as a phenomenal actress and when I was thinking of casting for Romi Dev’s role, I could only think of her. 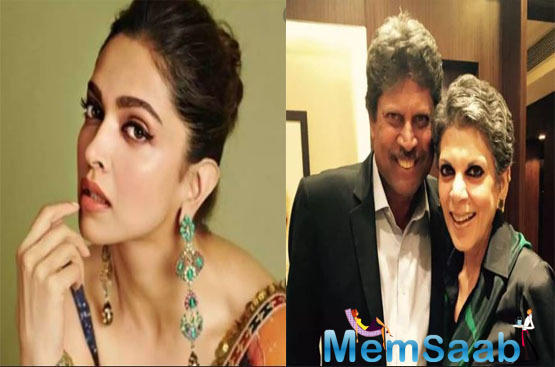 In This Image: Deepika Padukone, Kapil Dev, Romi Dev
Romi has disarmingly charming and positive energy and Deepika has captured that with perfection. Her easy chemistry with Ranveer will also greatly help in portraying the relationship that Kapil Dev and Romi share. I’m delighted that Deepika has been such an integral part of our journey for 83.” 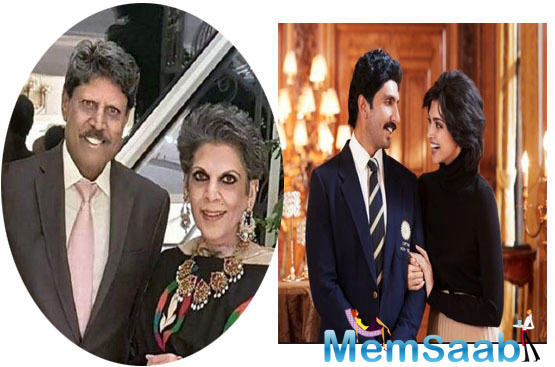