With things gradually opening up in the past few months, several celebrities have also started returning to work. Shoots have slowly resumed and several stars have been seen stepping out for various projects.

Madhuri Dixit-Nene, who has also started shooting, recently shared a picture of her family, and admitted that she was missing them a lot. 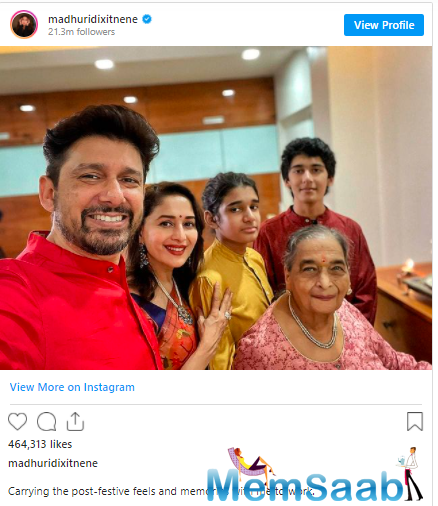 In This Image: Madhuri Dixit-Nene, Sriram Nene
Posting a picture of her family on her Instagram handle, she captioned it, ‘Carrying the post-festive feels and memories with me to work. #MajorMissing.’

Over the lockdown, Madhuri kept her followers entertained with her interesting posts. 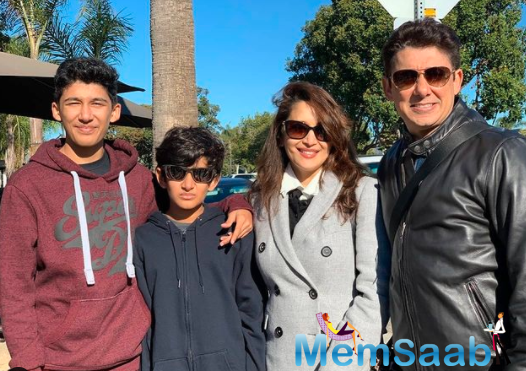 In This Image: Madhuri Dixit-Nene, Sriram Nene
From whipping up various delicacies with husband Dr Sriram Nene to holding online dance tutorials, the actress’s Instagram handle had a variety of pictures and videos. In fact, just last month, the couple celebrated their 21st wedding anniversary and took to social media to commemorate the special occasion. Sharing a sweet throwback picture of them, Madhuri wrote, ‘Today marks the beginning of another year, full of adventures with the man of my dreams. We are so different yet so alike & I am grateful to have you in my life. Happy Anniversary to you & us Ram.’

On the work front, Madhuri was seen in two films last year – the multi-starrer ‘Kalank’, and the comic caper, ‘Total Dhamaal’. 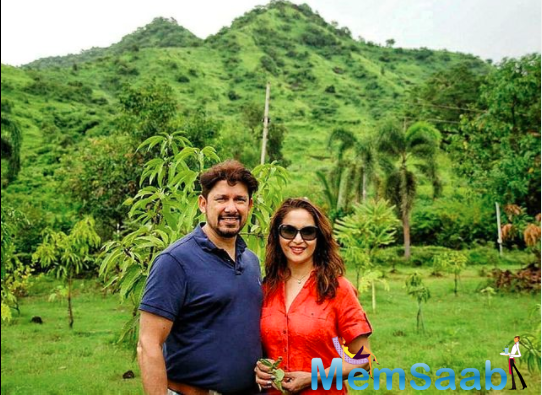