Madhuri Dixit Nene pens down a letter for Kareena Kapoor...

Madhuri Dixit Nene compliments Kareena Kapoor Khan with a letter. As part of the Lux Golden Rose Awards campaign, Shah Rukh Khan is hosting a show called Baatein with Baadshah where many leading ladies of the tinsel town are set to make an appearance. 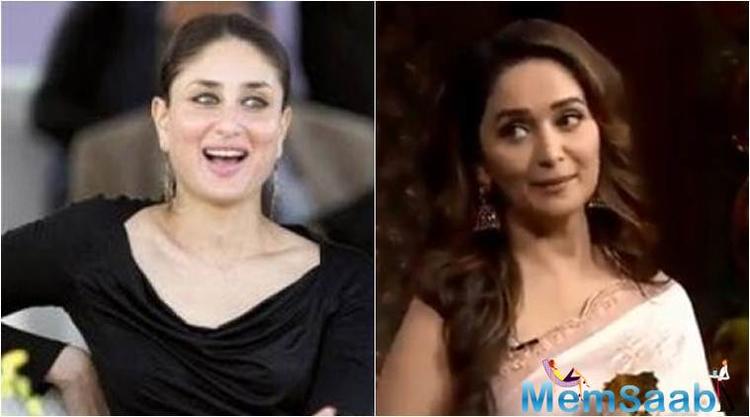 In This Image: Kareena Kapoor Khan, Madhuri Dixit Nene
Madhuri Dixit-Nene and Shah Rukh Khan have worked jointly in 7 movies.The most popular movies of them, are Bombay Talkies, Devdas, Dil To Pagal Hai, Koyla, Anjaam .The actress signed off by giving a letter to SRK which she wrote for Kareena.

The letter says that Kareena brightens the screen with her appearance. Madhuri also writes that Kareena is an example for all mothers. The letter is dripping with sweetness. Here it is. 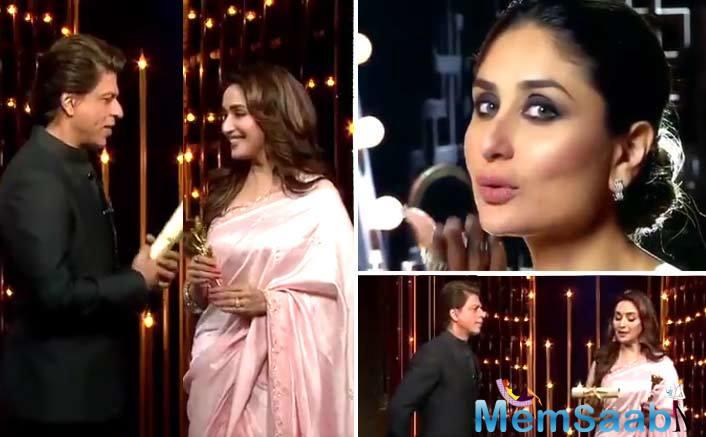 In This Image: Kareena Kapoor Khan, Madhuri Dixit, Shah Rukh Khan
Dear Kareena, You are, not just yours, but a favourite of everyone. When I watch you on screen, I feel like the lights have become much more brighter. I have a different kind of fun. I am so proud that even after embracing motherhood, you have continued to manage your career so actively. You are setting an example for every mother. Keep it up, love always.

Earlier, Raazi actor Alia Bhatt also had a fan-girl moment when she penned an equally beautiful letter for Kareena Kapoor through the campaign. 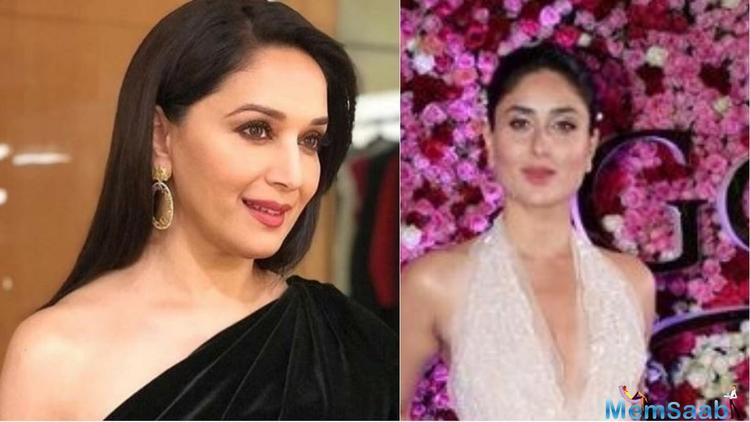 In This Image: Kareena Kapoor Khan, Madhuri Dixit Nene
On the work front, Kareena Kapoor is going to next will be seen in Veere Di Wedding, which will release in May next year. It also stars Sonam Kapoor, Swara Bhaskar and Shikha Talsania in the lead role.