Madhu Chopra birthday pics: Priyanka and Nick make her birthday a memorable one

Madhu Chopra birthday pics: Priyanka and Nick make her birthday a memorable one 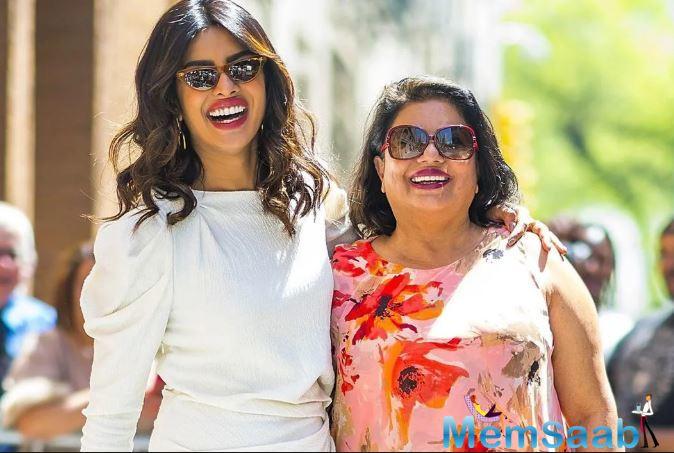 In This Image: Madhu Chopra, Priyanka Chopra
Madhu in her Instagram post thanked both of them for making her birthday a memorable one. Priyanka Chopra and Nick Jonas celebrated Madhu Chopra’s birthday in Boston where they dined together making the picture look like a perfect family picture. Madhu is all smiles as Nick and Priyanka join her birthday celebration. Nick is seen wearing a black shirt with a pattern and Priyanka looks dazzling in a shimmery outfit.

Priyanka Chopra recently wrapped up the shoot of her film ‘The Sky is Pink’. 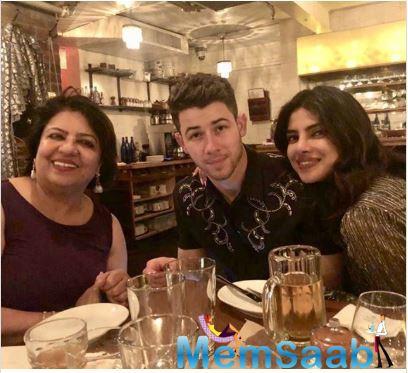 ‘The Sky is Pink’ will be directed by Shonali Bose. The star cast of this film includes names like Farhan Akhtar, Zaira Wasim and Rohit Saraf. 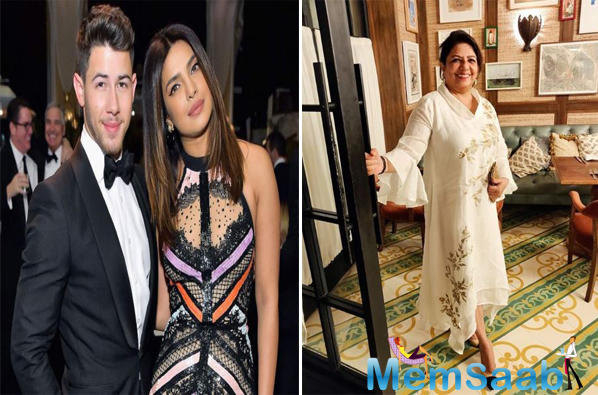 In This Image: Madhu Chopra, Priyanka Chopra, Nick Jonas
Priyanka said that even if the film has an emotional story line, where parents lose their child to an incurable disease, the take of this film is more on the aspects of life instead of focusing on death and the difficulties it brings along to the rest of the family members. Priyanka also spoke about her role in the film 7 Khoon Maaf, which released in the year 2011, where she goes from being a 22 year old to a 60 year old woman. Priyanka’s role in her latest film was something she could very well relate to said the stunning actress.