Maanayata Dutt shares a picture of Sanjay Dutt, pens a...

Maanayata Dutt shares a picture of Sanjay Dutt, pens a note on how to ‘never quit’

Last month in August, Bollywood star Sanjay Dutt was diagnosed with Stage 4 Lung Cancer. He’s currently undergoing treatment at the Kokilaben Dhirubhai Ambani Hospital, Mumbai. The actor has successfully completed his first session of Chemotherapy. His wife Maanayata Dutt has now taken to her Instagram account and shared a picture of the actor and penned a beautiful note on how to ‘never quit.’

Ali Fazal, who shared the screen with the actor in last year’s Prasthanam, commented on the post by writing- “To strength to Baba! Lots of love.” 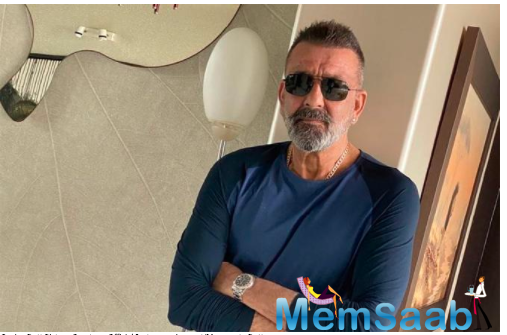 In This Image: Sanjay Dutt
Daughter Trishala Dutt commented on the post with five blue hearts. And some days back, Maanayata shared her own picture and wrote how one has to stay silent at times. Although the 61-year-old actor or his family members did not reveal anything officially, it was later confirmed that Dutt has been diagnosed with lung cancer. Dutt’s band of buddies and sister Priya are rallying around the star as he goes through his chemotherapy sessions at Kokilaben Dhirubhai Ambani Hospital, and Maanayata Dutt and kids Iqra and Shahraan are back in Dubai. 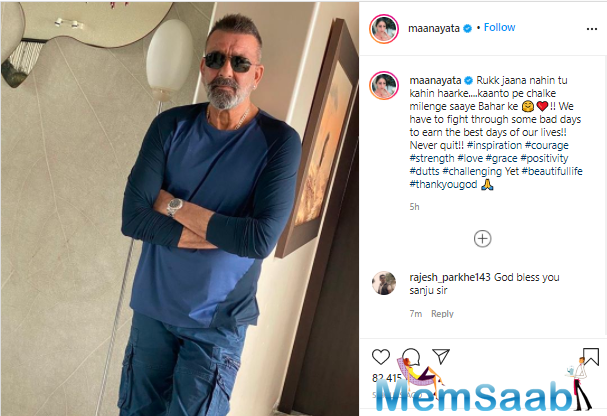 In This Image: Sanjay Dutt
Sanjay, after marrying Maanayata Dutt, the duo has twins, Shahraan and Iqra. He also has a daughter Trishala Dutt from his first marriage to Richa Sharma, who died of a brain tumour in 1996.

The actor is on the brink of completing four decades in the Hindi film industry. 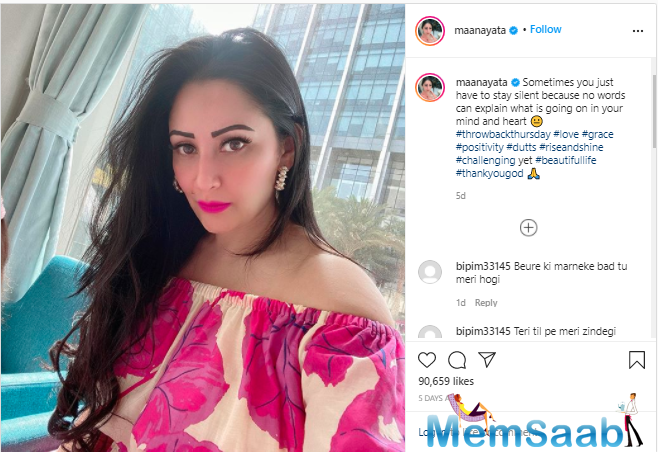 In This Image: Maanayata Dutt
He began his career with Rocky in 1981 and became a big star with the success of films like Naam, Kabza, Saajan, Khalnayak, Sadak, Vaastav, Kaante, Munna Bhai M.B.B.S, Dus, and Lage Raho Munna Bhai. He’s now gearing up for films like KGF: Chapter 2, Prithviraj, Shamshera, and Bhuj: The Pride of India.