Maanayata Dutt: Sands are shifting, protect your peace, answer your...

Maanayata Dutt is being extremely strong during this difficult time. Sanjay Dutt, who has been diagnosed with lung cancer, is currently on a break for the much-needed medical attention. Maanayata has shared a heartfelt post on social media, seeking protection, peace and positivity. With her twins Shahraan and Iqra in the picture, Maanayata’s post catered a lot of attention.

On August 11, Dutt, who was hospitalised a few days before that owing to breathing problem and chest discomfort, shared that he was taking a break for medical treatment. 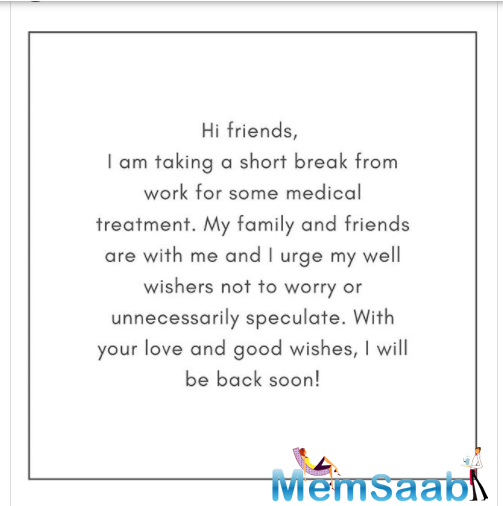 In This Image:
Although the 61-year-old actor or his family members did not reveal anything officially, trade analyst and film industry insider Komal Nahta soon confirmed that Dutt has been diagnosed with lung cancer.

After knowing Sanjay Dutt’s current condition, a lot of Bollywood celebrities have showered blessings and strength. 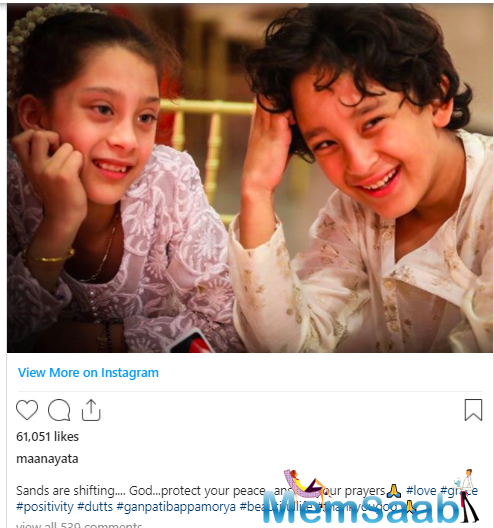 In This Image:
Sanjay Dutt, the eldest child of late Bollywood stars Nargis and Sunil Dutt, has two sisters, Priya Dutt and Namrata Dutt. Sanjay, after marrying Maanayata Dutt, the duo has twins, Shahraan and Iqra. He also has a daughter Trishala Dutt from his first marriage to Richa Sharma, who died of a brain tumour in 1996.

On the work front, Sanjay is currently awaiting the release of Sadak 2 and Bhuj: The Pride of India, which will premiere on Disney+Hotstar.

In This Image:
He will also star in the second instalment of KGF and Shamshera, alongside Ranbir Kapoor.