Lovebirds Arjun Kapoor and Malaika Arora head for a romantic...

Arjun Kapoor and Malaika Arora are in a relationship and everyone is aware of their whirlwind romance. The duo kina made it official when they walked hand-in-hand at the special screening of the former’s movie, India’s Most Wanted. There are many more instances which can make one believe that Arjun and Malla are dating.

On Malaika’s birthday, the two spent quality time on foreign land. Pictures of Arjun with his ladylove from the Milan airport proved that they were on a vacation together. In This Image: Arjun Kapoor, Malaika Arora
Months after that, the lovebirds have now taken off for a romantic getaway again. Both Arjun and Malaikawere spotted together last night at the Mumbai international project and reports suggests that the duo is headed for a romantic holiday.

The Namaste England actor kept it simple at the airport. He opted for a casual look- wearing a printed t-shirt paired with blue denims and black shoes. Malla, on the other hand, wore a red tracksuit by Fendi paired with white sneakers. 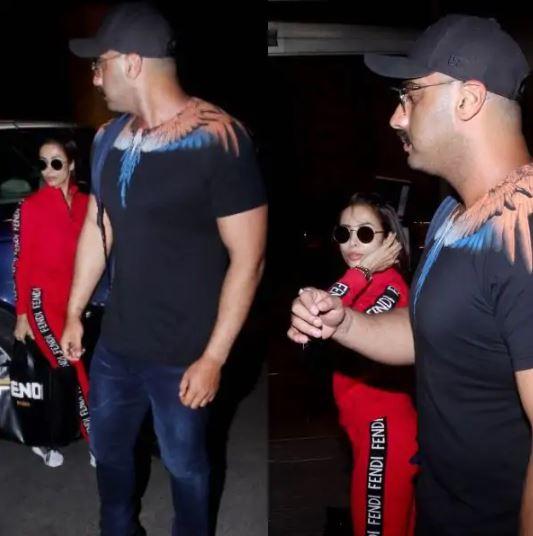 Earlier, Arjun Kapoor had refused to divulge more details about his relationship with Malaika and told Bombay Times, “I respect the fact that the media has been so respectful about our relationship. 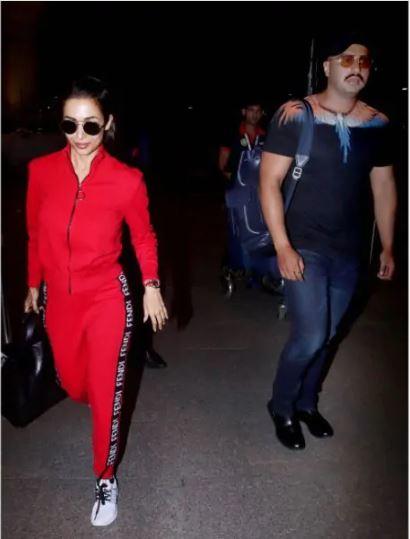 In This Image: Arjun Kapoor, Malaika Arora
We are not hiding anything either. I am in a good personal and professional space. I hope it continues this way. I don’t want to go into the details right now. There has to be dignity in the way you conduct yourself in a relationship, and I want to maintain that. I would like to talk about it as time unfolds rather than jumping the gun. We have opened the doors to the world to know that we are together. When the time is right, I will go into details and speak about it.”