Who said film promotions need to be all work and no play? Priyanka Chopra, who is making her comeback of sorts to Bollywood with her film ‘The Sky Is Pink’, is amping up her fashion game at the Toronto International Film Festival (TIFF).

The beauty gave off major boss lady vibes as she stepped out in a faux suede leather ensemble that she matched with nude colour shoes. 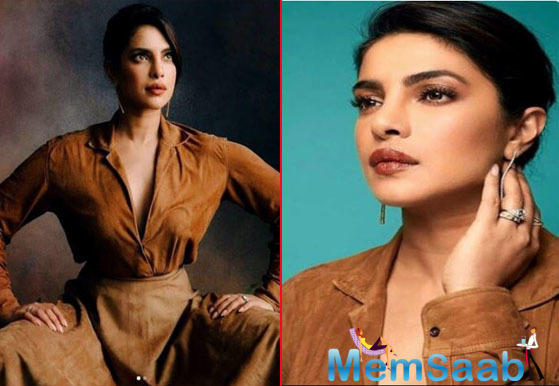 In This Image: Priyanka Chopra
Wearing her hair in a neat bun with side-swept bangs, she wore her sparkling engagement ring as her best accessory and topped the look off with dangling diamond earrings. The actress also posed for a photoshoot that screamed ‘girl power’.

Priyanka will be joined by her co-star Farhan Akhtar as they go about promoting their film directed by Shonali Bose. 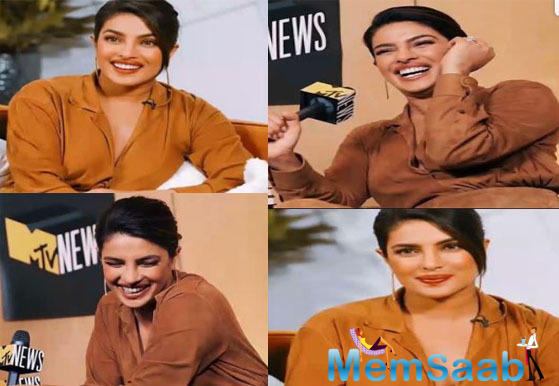 In This Image: Priyanka Chopra
‘The Sky Is Pink’ will follow the story of a 25-year relationship between a real-life couple, Aditi and Niren Chaudhary, whose 19-year-old daughter, Aisha, passed away because of pulmonary fibrosis contracted as a result of chemotherapy done for Severe Combined Immune Deficiency (SCID).The trailer that released early this week, was well-received by fans and film buffs.