by Naved Qureshi 1 year ago1 year ago
1view
0

In This Image: Esha Deol, Radhya Takhtani
The runway was decorated with teddy bears, a yellow-coloured playing staircase and colourful blocks with other toys while the gorgeous mothers walked the ramp with their children at the fashion gala at a plush hotel in Lower Parel, Mumbai. 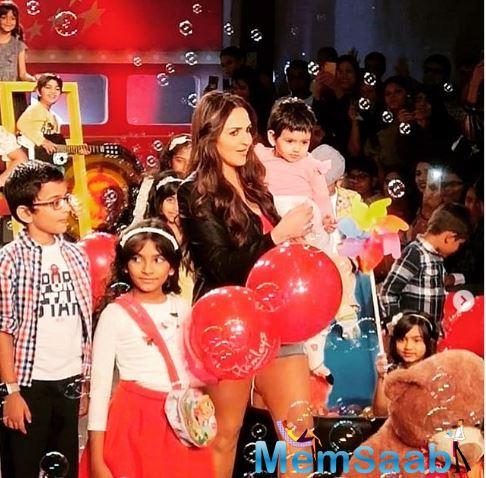 In This Image: Esha Deol, Radhya Takhtani
Well, not to miss those black strappy heels, wearing which, the Dhoom actress has lifted daughter Radhya Takhtani in her arms. The baby was seen in a pink frock with adorable shoes. One cannot miss the black spot on the side of Radhya’s forehead, the mark to prevent the daughter from evil eyes.

Esha Deol also shared pictures and videos from the fashion week with her daughter on Instagram account. She captioned the post to be Radhya’s first ramp walk and expressed her excitement about the same. 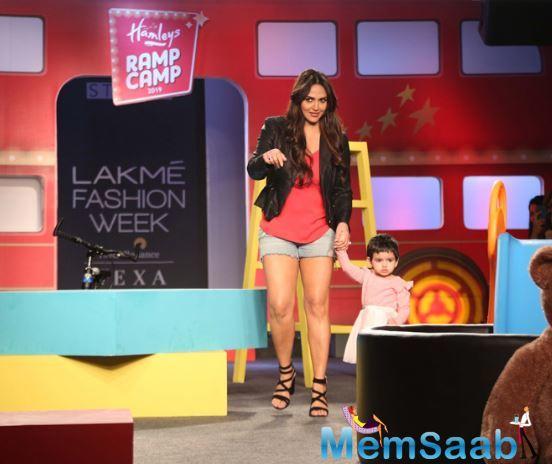 In This Image: Esha Deol, Radhya Takhtani
On the personal front, Esha became a mommy for the second time with daughter Miraya. Soon after delivering, she coloured her hair and shared the picture on Instagram. Least did the actress know that she would be at the receiving end of some schooling. Esha was trolled for colouring her hair after conceiving the child because the chemical in the hair colour would turn harmful to the child while breast-feeding.