Kriti Sanon is making the most of her Republic Day holiday on Tuesday.
She took out time to enjoy some time out in the sun.

The actor uploaded images on Instagram where she is seen chilling out with producer Sajid Nadiadwala, his wife Wardha Nadiadwala, and Kriti’s make-up stylist Aasif Ahmed and Adrian Jacobs. 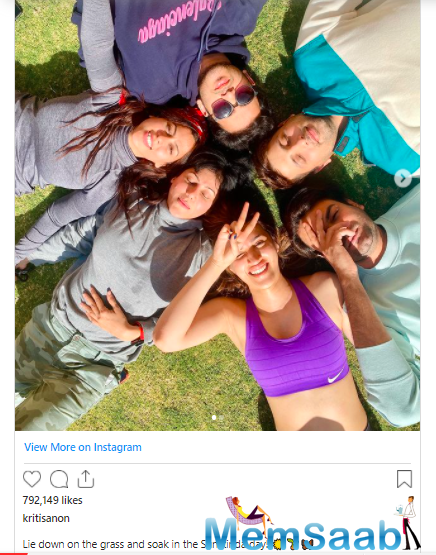 In This Image: Kriti Sanon
“Lie down in the grass and soak in the Sun kinda day,” she captioned the image. The actor is currently shooting for Nadiadwala’s new production, the Akshay Kumar-starrer Bachchan Pandey. The film is being directed by Farhad Samji and is set to release on 26 Jan 2022.

Kriti has been giving a glimpse of the film’s shoot on her social media page. 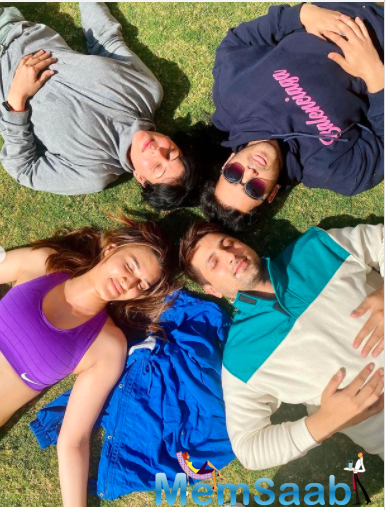 In This Image: Kriti Sanon
She had announced the first day’s shoot of the film through a picture posted earlier on her social media page.