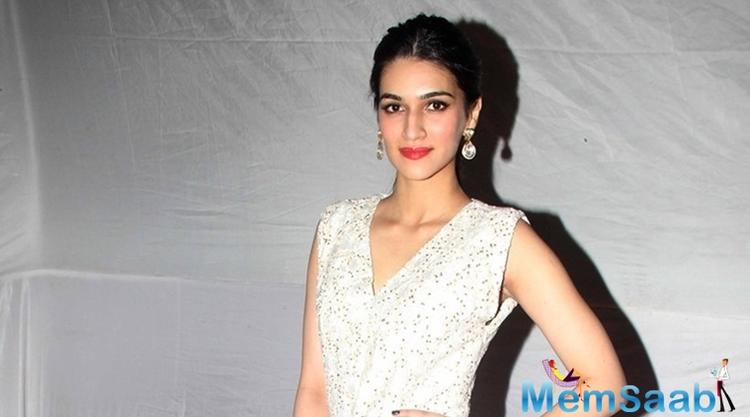 In This Image: Kriti Sanon
The film is directed and produced by Dinesh Vijan co-produced by Homi Adajania and Bhushan Kumar. The film has Sushant Singh Rajput, Kriti Sanon and Jim Sarbh are in the lead roles. It was released on 9 June 2017. The film went under legal trouble for it’s similarities from the 2010 telugu film Magadheera.

The movie is based on reincarnation and has two love stories beautifully entwined in its story. 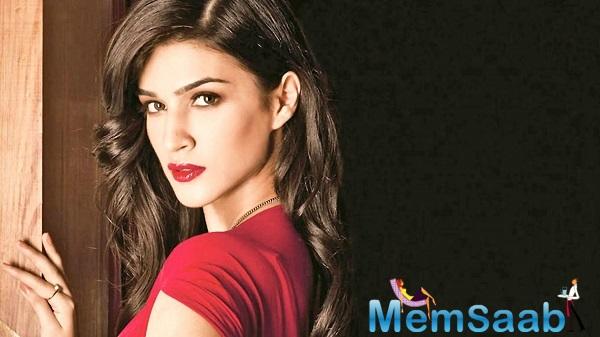 In This Image: Kriti Sanon
The ‘Dilwale’ actress Kriti Sanon, who play the leading lady in the film says Raabta is close to her heart.

Kriti Sanon with her latest Instagram post shared a collage of herself with on-screen love interest Sushant and urged fans to watch the film that is “close to her heart”. 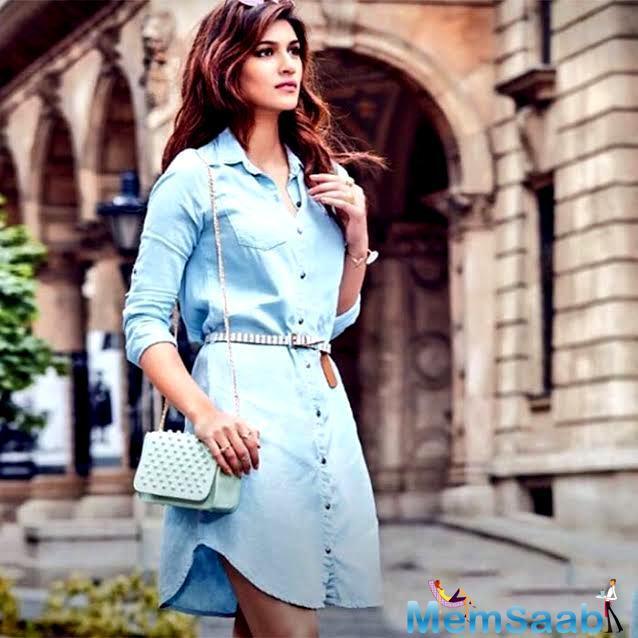 In This Image: Kriti Sanon
The actress shared a note that reads, “A film that’s too close to my heart, a film I am proud of… Witness 2 love stories beautifully connected… Raabta in theatres NOW! @sushantsinghrajput.”