Kriti Sanon: Now, the struggle is to get back into...

Kriti Sanon: Now, the struggle is to get back into shape and have a great body again

On March 5, Kriti Sanon wrapped up Dinesh Vijan’s ‘Mimi’, an official adaptation of the 2011 National Award-winning Marathi film, ‘Mala Aai Vhhaychy’. In the Laxman Utekar directorial, the 29-year old plays an aspiring actress who, because of certain circumstances, ends up becoming a surrogate mother. The story is set in the town of Mandawa in Rajasthan.

One of the requirements of the role was that she put on 15 kg. 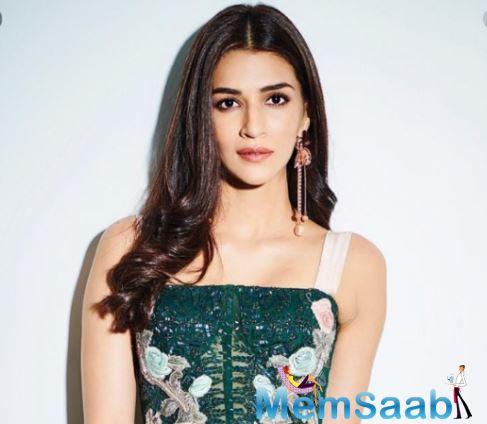 In This Image:
“I didn’t think I would be able to do this because I have always been skinny. In fact, I can eat everything, from pizza to pasta and dal makhani because I’m blessed with good metabolism. I hope I haven’t lost that because of this film,” she laughs, admitting that she had to increase her appetite gradually because she is easily satiated by small portions. “But there were days when I had to eat even when I was stuffed. So, when I see the difference all that effort made to my character on screen, I feel satisfied today,” she smiles.

She shot the heavier portions first, leaving the early portions, when she is slim, and a song, for later. 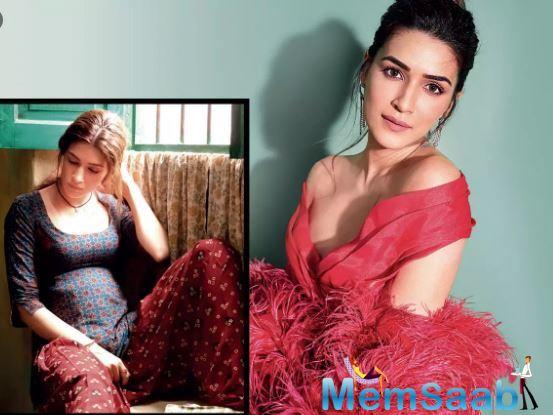 In This Image:
“Now, the struggle is to get back into shape and have a great body again. Knocking off extra calories can be pretty tedious,” sighs the actress who, for the first time, is on a diet. “I hadn’t even worked out for the past few months, so even my mobility was down.”

Next up, is another film with Dinesh. The Abhishek Jain directorial chronicles the tale of a couple, both of them orphans, who decide to adopt parents.

In This Image: Kriti Sanon
‘Mimi’s’ last schedule was intense and hectic, so I’m looking forward to this crazy comedy. The timing is perfect and I’m excited to team up with Raj (Rajkummar Rao) after ‘Bareilly Ki Barfi’ and also work with great actors like Paresh Rawal sir and Dimple (Kapadia) ma’am,” Kriti signs off.