‘Koffee With Karan’ fans have a reason to rejoice, as Karan will be seen indulging in some crazy banter with Aamir Khan in one of the episodes of the new season. 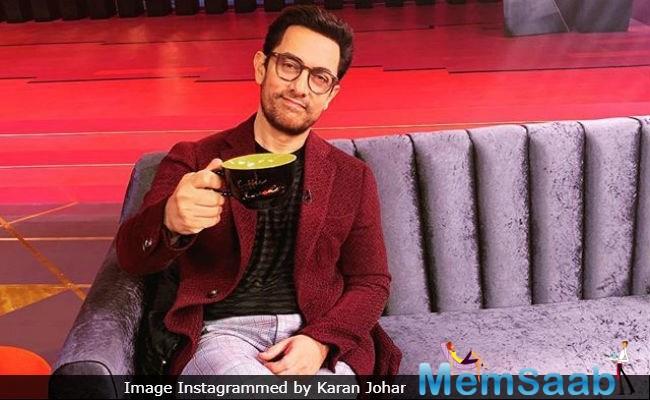 In This Image: Aamir Khan
Karan took to his official Instagram account and shared a photo with the ‘Thugs of Hindostan’ star, writing, “@_aamirkhan in the koffee house!!!!! #koffeewithkaran @starworldindia @hotstar !! Some crazy banter and I played the raps fire with him!!! @malaikaarorakhanofficial was the master and the judge of that round!!!”

Aamir can be seen sitting on the ‘Koffee’ couch and enjoying some hot cup of coffee. 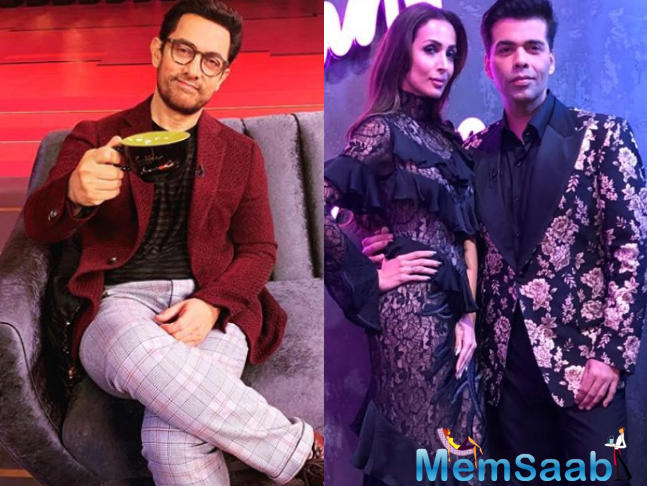 In This Image: Aamir Khan, Karan Johar
Karan Johar also posted a picture on his Instagram story with Malaika Arora Khan, who was the judge of the rapid fire round in the episode. Captioning it as, “Koffee blues”. The two look stunning as they pose for the camera.

Aamir Khan, was accompanied by his wife Kiran Rao on the fourth season of ‘Koffee With Karan’ and his Dangal co-stars Sanya Malhotra and Fatima Sana Shaikh in the previous season. 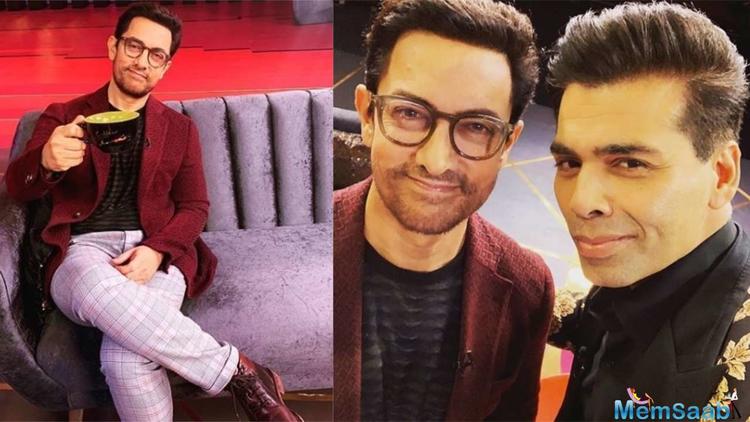 In This Image: Aamir Khan, Karan Johar
The host has been sharing various videos and pictures from the sets of the show. The first trailer of the show has already been released and it features Bollywood divas Deepika Padukone and Alia Bhatt. The two will be sharing the couch for the first time and were seen discussing Ranbir Kapoor and talking about weddings in the promo of the season opener. Apart from the girl power, father-daughter duo Sara Ali Khan and Saif Ali Khan, siblings Janhvi Kapoor and Arjun Kapoor, and dynamic duo Ranveer Singh and Akshay Kumar will also make an appearance on the other episodes of the show. ‘Koffee with Karan’ Season 6 will premiere on October 21.