Sunday’s episode of Koffee With Karan brought a close to the sixth season of the hit celebrity show. To bring the curtain down, host and filmmaker Karan Johar welcomed two of the biggest female actors of Bollywood on his show, Kareena Kapoor Khan and Priyanka Chopra Jonas. As they took their seat, the two ladies appeared to be in a happy mood, all set for a fiery episode.

Karan started the chat by talking about the one thing common between the two, ex boyfriend Shahid Kapoor. 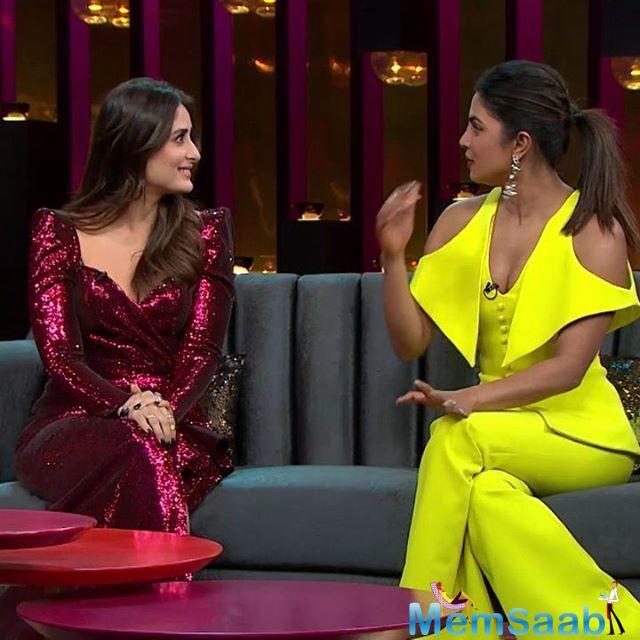 In This Image: Priyanka Chopra, Kareena Kapoor Khan
He mentioned how Kareena dated him for five years while Priyanka dated him for two years. Priyanka contested it and said she isn’t going to deny or accept that they were in a relationship. Priyanka said that Shahid was not a point of contention between the two but the only point of commonality. Kareena and Priyanka also talked about how the three of them (with their other friends) also went for a trip to Bali together, which wasn’t any fun for anyone.

Kareena said they were shooting for her song Challiya Challiya from Tashan when Saif decided to stay back for the shoot and asked her to marry him. 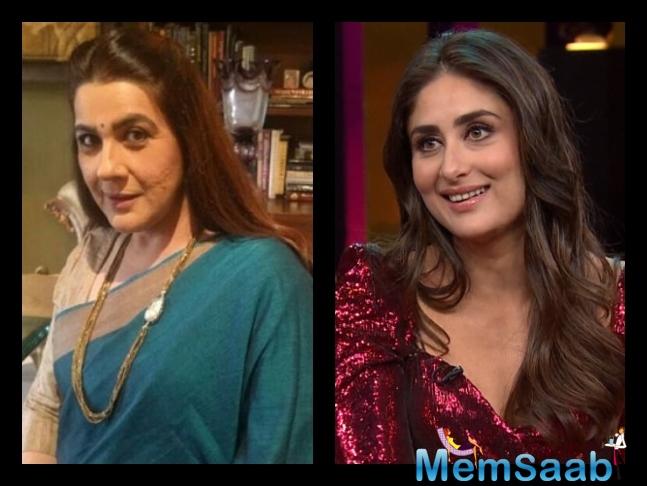 In This Image: Kareena Kapoor Khan, Amrita Singh
“Just woke up one morning and he was like ‘Listen, let’s get married. I wanna marry you. Let’s just go to a church, let’s just do it right here. I was like ‘ Are you mad?’ He was like ‘Yeah. I don’t care. We’re just gonna do it. I wanna marry you. I wanna spend the rest of my life with you and I can’t see it any other way.’ And I just realised this was it,” she said. Kareena said that Saif told her about his son Ibrahim and daughter Sara. He told her they are of the utmost importance to him. Kareena said she told him she loved him and wanted to embrace everything about him. “I was madly in love with him. I’m still head over heels in love with him. And I think I always will be all my life. I think the best decision was to marry him,” she said.

Karan then asked Kareena about her equation with Saif’s ex wife Amrita Singh and if she talks to her. 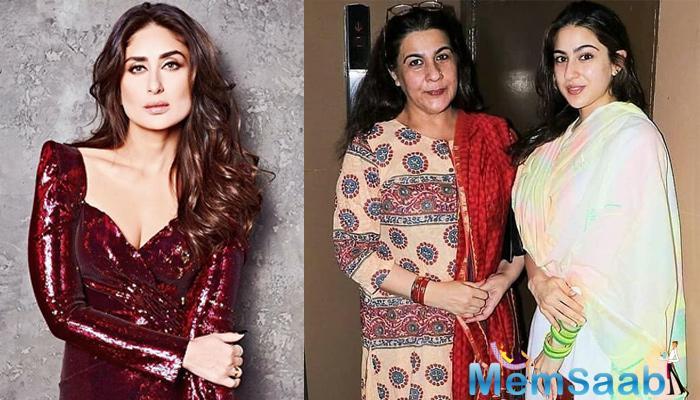 In This Image: Kareena Kapoor Khan, Amrita Singh, Sara Ali Khan
“No, but I have utmost respect and regard for her. We’ve never met,” she said. When Karan expressed shock, she said that she met Saif years after he had already got divorced from Amrita. “So it was not on anyone’s time. He was clearly single,” she said, clarifying that there was no infidelity on anyone’s part.

Karan then congratulated Priyanka on her recent wedding with American singer Nick Jonas and mentioned how happy she looked in all the pictures. 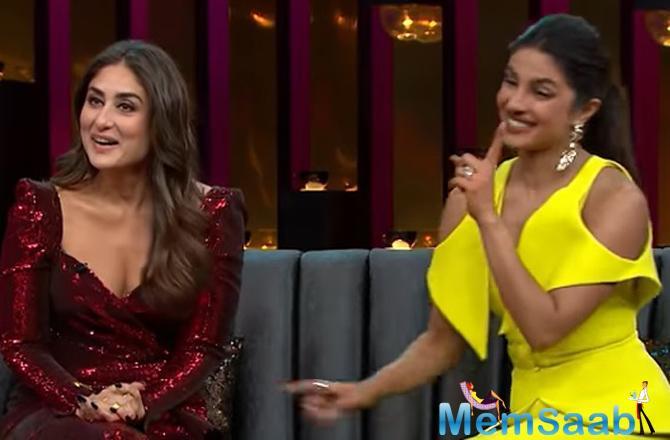 In This Image: Priyanka Chopra, Kareena Kapoor Khan
He complained to Priyanka that she didn’t invite him or else anyone from Bollywood to the wedding but she had a snarky reply ready for him. She said he doesn’t invite her to any of his parties either. Karan promised her that if he ever gets married, she will be invited.

The three then talking about more and more leading female actors getting married at the peak of their careers nowadays and Kareena said she would credit for starting the trend. 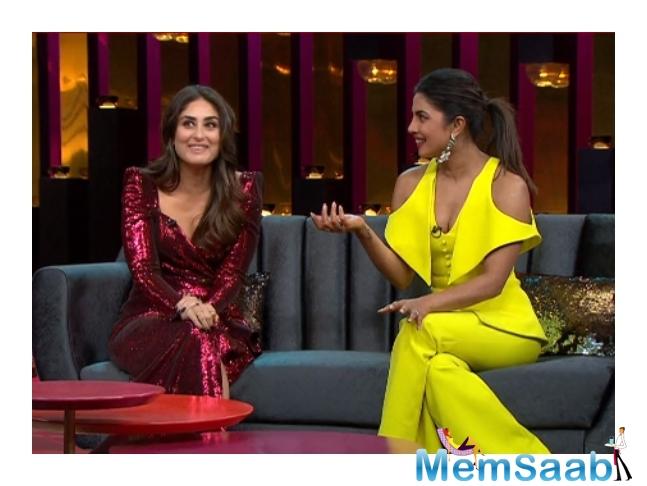 In This Image: Priyanka Chopra, Kareena Kapoor Khan
Karan asked her about how Saif Ali Khan proposed to her in Greece when Priyanka exclaimed that she too got engaged in Greece.