KL Rahul and Athiya Shetty spotted together heading out for...

Is Athiya Shetty dating cricketer KL Rahul? The whispers are doing the rounds ever since Suniel Shetty’s daughter was spotted stepping out for dinner with the Indian batsman on Friday night. 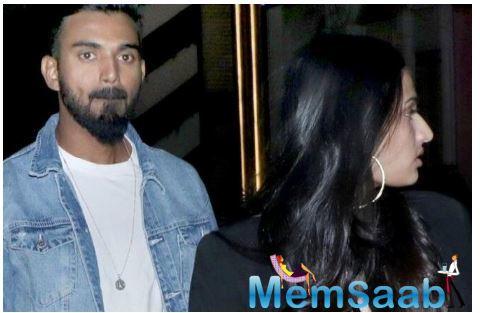 In This Image: KL Rahul, Athiya Shetty
A lot of pictures have been doing the rounds on the Internet, in which the two youngsters can be seen heading out for dinner. Of course, they were not alone. Athiya and Rahul dined in the company of friends.

Athiya was dressed in a black outfit while KL Rahul could be seen dressed in a white tee with a denim jacket and jeans. 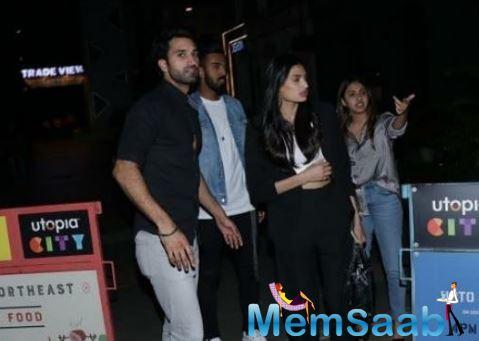 In This Image: KL Rahul, Athiya Shetty
They were accompanied by Sooraj Pancholi, Athiya’s co-star of her debut film, Hero. Actress-model Akansha Ranjan was also spotted in the group. While social media is excited, there has been no public confirmation or denial of any possible relationship status by either Athiya or Rahul.

A few months back, a picture of the two with buddy Akansha Ranjan Kapoor was doing the rounds that started the rumours of their relationship. 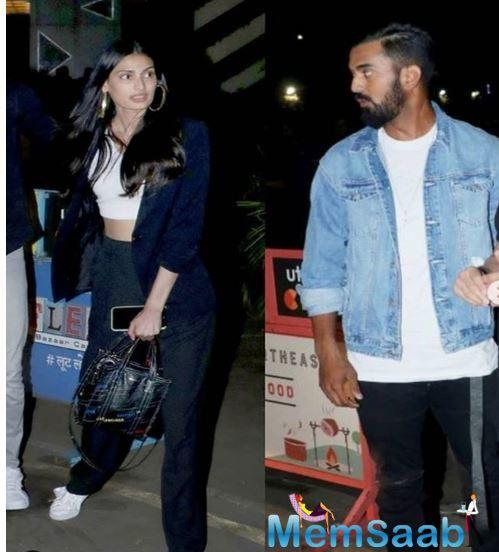 In This Image: KL Rahul, Athiya Shetty
On the film front, Athiya will be seen opposite Nawazuddin Siddiqui in the film Motichoor Chaknachoor.