Kiara Advani, Manisha Koirala, Karan Johar get together to celebrate...

Netflix original, Lust Stories, has turned out to be quite a hit for the streaming giant. The anthology brought together four acclaimed film directors – Zoya Akhtar, Karan Johar, Dibaker Banerjee, Anurag Kashyap. 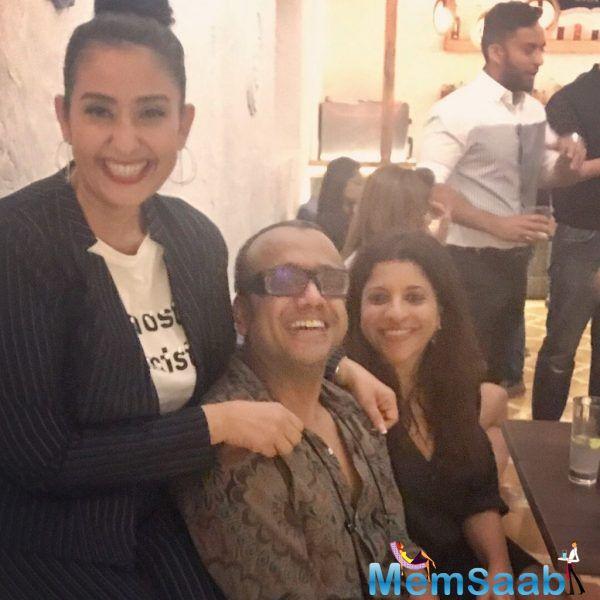 In This Image: Manisha Koirala
While there might not be a box office collection to put a number on the success of the film, the movie has received a positive response and the word-of-mouth is also pretty good. So, certainly, it was time for the cast and crew to get together and celebrate. And so they did. At least the ones who were able to make it. The four directors and a couple of actors from the movie came out to party and we stalked their social media.

Karan, Zoya, Anurag and Dibaker looked the happiest as they posed for several selfies together. 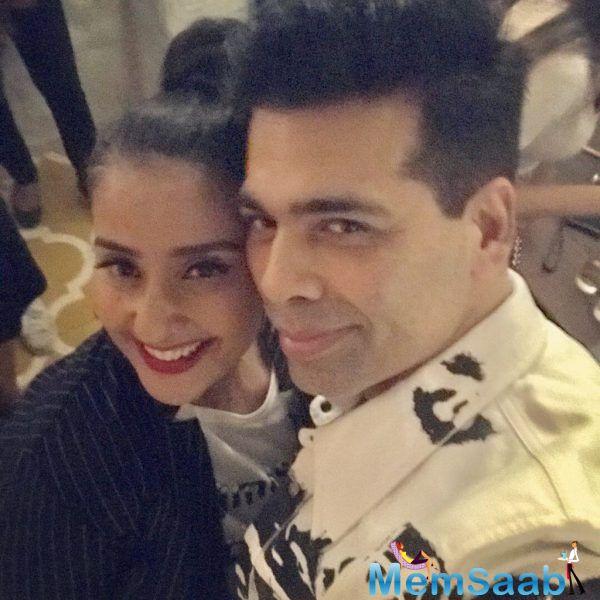 “Once in the moment, I just went for it! I trusted Karan completely. I think we made an iconic scene in that. But, beneath the humour is a serious subject that needs to be addressed,” she told a leading daily.

In This Image: Kiara Advani, Zoya Akhtar, Karan Johar
What a sight for the sore eyes was it to see Manisha Koirala! She also came out to party. Though she has expressed her reservations regarding her short film.

“I had seen Dibakar’s previous works and I loved his short in Bombay Talkies. I knew he would make a sensible film. 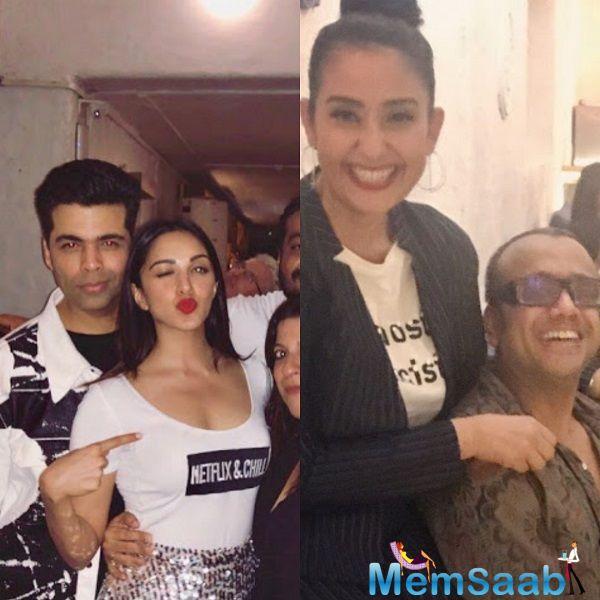 In This Image: Kiara Advani, Manisha Koirala, Karan Johar
Personally speaking, I wanted to do it differently. But he had a vision. While rehearsing I understood where he was going. I didn’t agree somewhere with him but then, in the end, it all turned out very well,” she told a news portal.