Keeping it quiet! Karan Johar kicks off the festive season...

Keeping it quiet! Karan Johar kicks off the festive season in a lowkey ceremony

Karan Johar kicked off the festive season by hosting a small Diwali get-together at home, which was attended by buddies Kareena Kapoor Khan, Malaika Arora, Manish Malhotra and Maheep Kapoor. As they were catching up after months, there was an added reason to cheer, but none of the guests posted any pictures from the bash. KJo’s 2019 party video went viral for all the wrong reasons. Better safe than sorry.

Karan Johar has also issued a statement debunking the media reports alleging that narcotics were consumed at one of his house parties that occurred earlier. The popular director has also called the claims “baseless and false”. 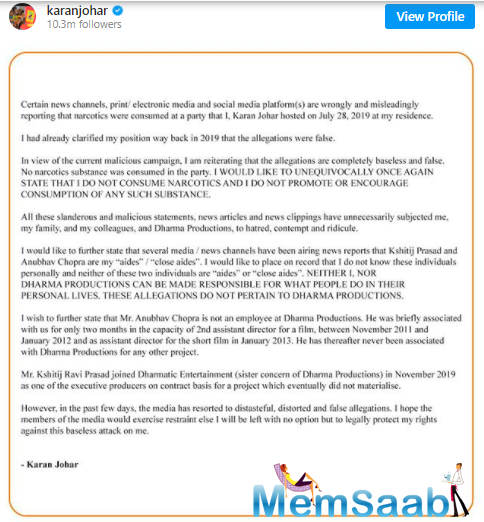 In This Image:
In a lengthy statement shared on Instagram, the filmmaker said neither he consumes narcotics nor does he promote usage of any such substance. In case you missed it, Karan Johar’s response came after an old video from a star-studded party at his residence resurfaced on social media, amid Narcotics Control Bureau’s (NCB) drugs probe in connection with actor Sushant Singh Rajput’s death. In the short clip, actors Shahid Kapoor, Deepika Padukone, Ranbir Kapoor, Varun Dhawan, Arjun Kapoor, Malaika Arora, Vicky Kaushal were seen partying together.

On the work front, Karan Johar’s film Gunjan Saxena: The Kargil Girl was streamed on Netflix. 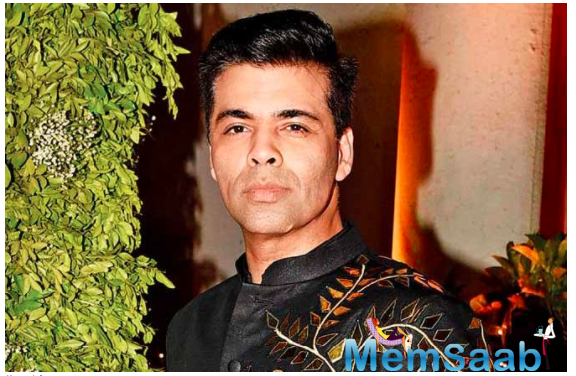 In This Image: Karan Johar
He now has Dostana 2 with Kartik Aaryan, Janhvi Kapoor, and debutant Lakshya. This will be followed by his next directorial, Takht. This historical stars Anil Kapoor, Kareena Kapoor Khan, Ranveer Singh, Alia Bhatt, Vicky Kaushal, Bhumi Pednekar, and Janhvi Kapoor.