Katrina Kaif on her equation with Alia, Deepika, Ranbir :...

Katrina Kaif on her equation with Alia, Deepika, Ranbir : No point in holding a grudge

Katrina Kaif and Deepika Padukone are the new BFFs in town. Their friendship started blooming with Ranveer Singh and Deepika Padukone invited Katrina to their wedding reception last year. Katrina and Alia Bhatt have been friends for quite a long time now. Even after Alia started dating Katrina’s ex-boyfriend Ranbir Kapoor, their friendship didn’t get affected at all.

In an interview with DNA, Katrina Kaif was asked about her equation with Alia Bhatt, Deepika Padukone and Ranbir Kapoor and how she was seen exchanging pleasantries with the trio at the Filmfare Awards 2019. 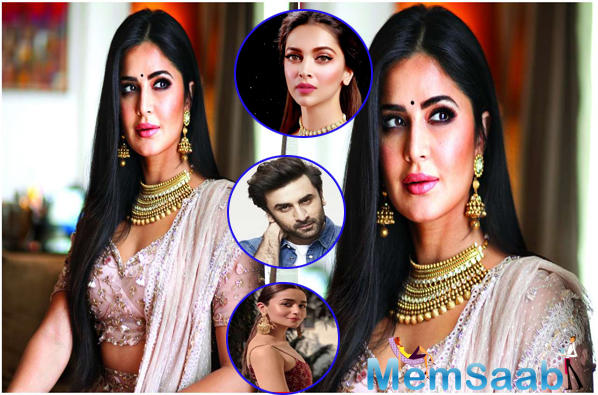 In This Image: Katrina Kaif, Deepika Padukone, Ranbir Kapoor, Alia Bhatt
Katrina said that a certain thing is already playing out it in a certain manner. So, she can’t sit and feel angered and bitterness or make herself happy. The actress said, “I can take into consideration that, how miserable I am makes no difference to anyone else. So, instead, I can lighten my own burden and say — let me be happy and at peace. And what is meant for me, will come my way.”

Katrina said that she is not trying to be Ms Goody Two Shoes. She goes through her own share of pain and angst, but believes that there is no point in holding a grudge. 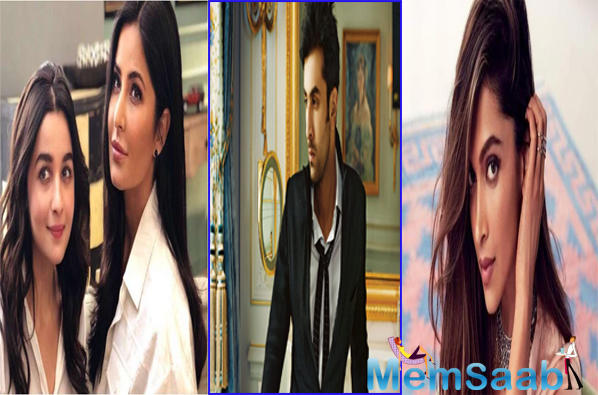 In This Image: Katrina Kaif, Deepika Padukone, Ranbir Kapoor, Alia Bhatt
Kaif added, “Whoever it is (no names taken), I don’t see the point of holding on to anything unpleasant from the past. I would rather let bygones be bygones. I don’t think anyone is out there to hurt me.”

The Phantom actress added that people try to do best for you but sometimes, in trying to do the best for you, you get hurt. 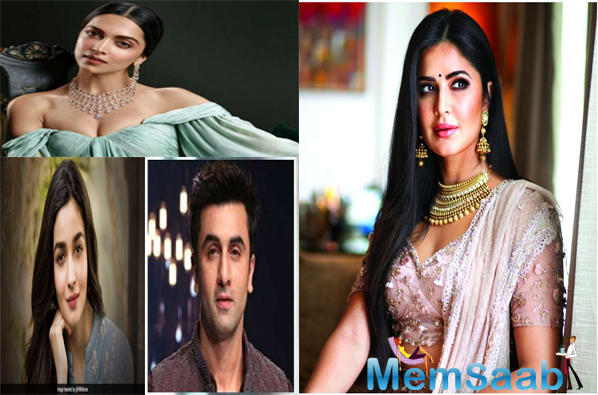 In This Image: Katrina Kaif, Deepika Padukone, Ranbir Kapoor, Alia Bhatt
The actress said that she would rather have a friend than an enemy as she likes to laugh and talking to people. On the work front, Katrina Kaif will be seen in Bharat alongside Salman Khan. The film will hit the screens on Eid this year.