Katrina Kaif and Vicky Kaushal spotted together again; is the...

Katrina Kaif and Vicky Kaushal spotted together again; is the duo more than just friends?

Last year, on Karan Johar’s talk show, Koffee With Karan, Karan Johar asked Katrina Kaif in the Rapid Fire Round the one actor she would look good on-screen with, she was quick to answer Vicky Kaushal. When Kaushal was informed about her answer in the succeeding episode, he fainted funnily as his quip.

Ever since then, the actors have been spotted quite a few times together and there were speculations they were seeing each other, but no confirmation about the same has been made yet. 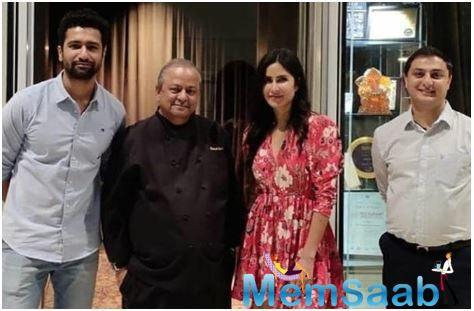 In This Image: Katrina Kaif, Vicky Kaushal
However, recently, Kaif and Kaushal were dining together and their picture went viral on social media. On the work front, Katrina Kaif has Sooryavanshi coming up with Akshay Kumar, and the duo reunites after a decade, this would be their eighth film together. Directed by Rohit Shetty, this cop drama is all set to release on March 27, 2020. She’s also on board for Aanand L. Rai and Shah Rukh Khan’s next home production, a two-heroine film where the second lead is likely to be Vidya Balan.

Kaushal, it seems, is the new face of period dramas and patriotism. 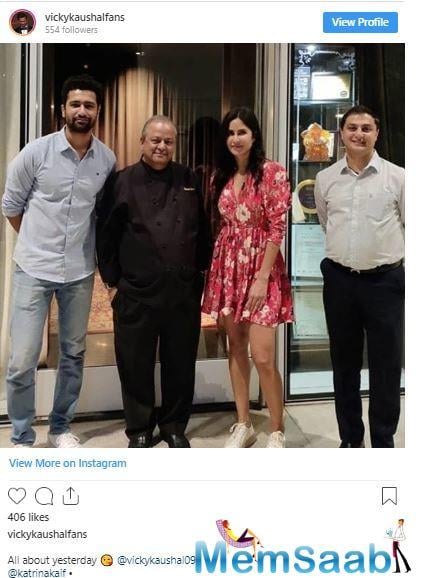 In This Image: Katrina Kaif, Vicky Kaushal
After the blockbuster success of URI: The Surgical Strike, he has one period film after another, the first one being Sardar Udham Singh, releasing on October 2, this will be followed by Karan Johar’s Takht and Meghna Gulzar’s drama on the life of Sam Manekshaw. And lastly, he also has a horror film coming up in February 2020, Bhoot, a three-part series where the first one unfolds on the sea.