A video of Sara Ali Khan and Kartik Aaryan kissing each other is taking the Internet by storm. Apparently, it’s from their upcoming movie Love Aaj Kal 2. 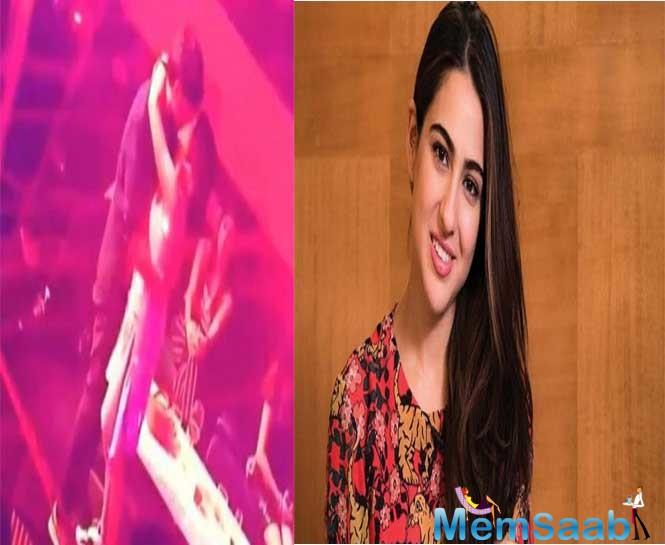 In This Image: Kartik Aaryan, Sara Ali Khan
Fans of the actors who are waiting to see them together, here’s a quick tease at what’s in-store. Apparently, an onlooker who claims to have spotted the two cosying up at a pub in Delhi, shot the video and put it up online for the world to see.

It seems to be a scene from their upcoming flick. In the video, we see them doing the slow couple dance followed by a liplock. 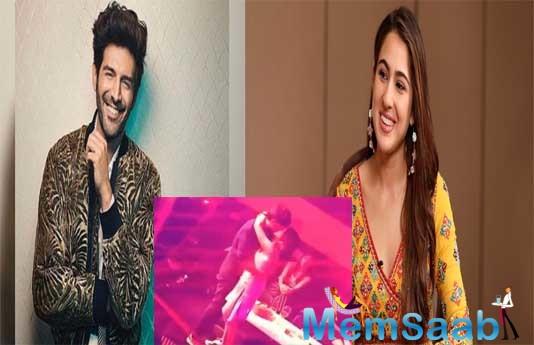 In This Image: Kartik Aaryan, Sara Ali Khan
While, the video is quite blurry, fans claim that it is indeed Kartik and Sara in it. Clearly, the video provides a sneak peek in their chemistry and it’s full of passion.

For those not in the know, on Koffee With Karan 6, Sara had confessed that she has a crush on Kartik Aaryan and wouldn’t mind going out on a date with him. 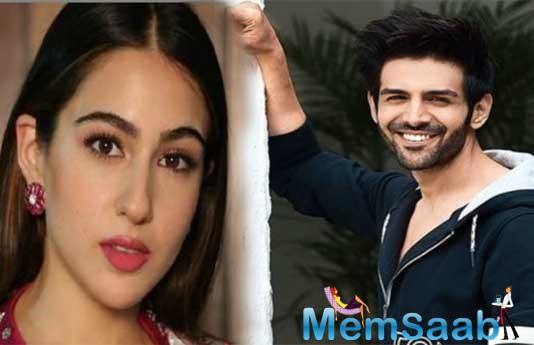 In This Image: Kartik Aaryan, Sara Ali Khan
Kartik, in return was all smiles. Later, Ranveer Singh introduced them at a party and they got talking. And now, they are already shooting for a movie. Isn’t that amazing? Speaking of the project, it is a sequel of Imtiaz Ali’s 2009 rom-com Love Aaj Kal that starred Saif Ali Khan, Deepika Padukone and Rishi Kapoor in main roles.