Karan Johar shares a pic of Ananya Panday and Vijay...

Everyone’s eagerly waiting to see Ananya Panday and Vijay Deverakonda on the big screen. A while back, director Karan Johar shared a picture of Ananya and Vijay on Twitter.

Ananya Panday and Vijay Deverakonda have been making it to the headlines for their recently announced film. 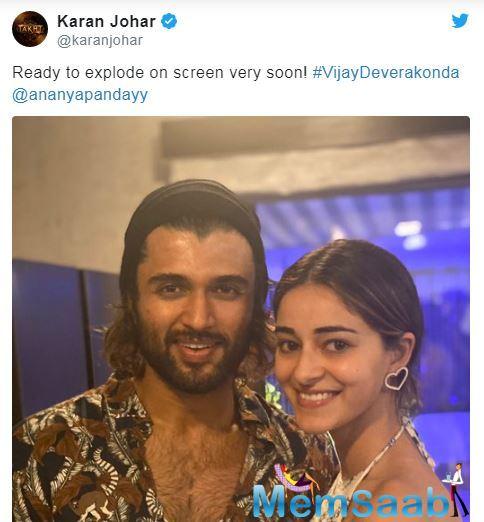 In This Image: Ananya Panday, Vijay Deverakonda
Fans cannot keep calm as the duo will be seen sharing screen space in Puri Jagannadh’s next. The shoot of the film was recently happening in Mumbai and the pictures from the sets went viral on the internet. In the pictures, Vijay and Ananya were seen on a bike and they were also seen on a ferry, with the former hugging the latter at the waist.

The film was previously named Fighter, but the film’s team is no longer calling it that, suggesting a name change. Further details are awaited. 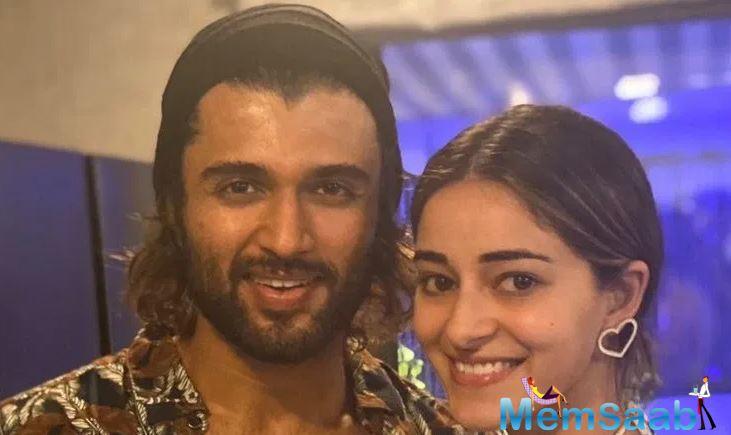 In This Image: Ananya Panday, Vijay Deverakonda
Meanwhile, the makers have completed 40 days of shoot. The film’s unit announced today that crucial scenes involving the leads and even Ronit Roy were canned in Mumbai recently. Charmme Kaur, who’s producing the film with Puri, shared a picture from sets and wrote, “Sincerity and simplicity at its best @thedeverakonda @purijagannadh …Me walking around with so much confidence n strength on sets today, I give these 2 a lot of credit for it ., completes my #womansday.” (sic)