Karan Johar’s director buddy Zoya Akhtar spoke about KJo’s tantrums on Neha Dhupia’s podcast, No Filter Neha. She recalled that his parents (Yash and Hiroo) had once promised a trip abroad for his birthday. At the last minute, it was cancelled as his dad had some important work to attend.

KJo got hysterical and said he wanted to stay in a hotel. So his mum checked him into a five-star and asked Zoya to hang out with him.

In This Image: Karan Johar
She had to spend the entire day at the poolside as KJo wanted to spend his birthday in a hotel. All this when he was barely 11. Hope he has learnt to take no for an answer since. On the work front, Karan Johar is currently one of the judges of the reality show India’s Got Talent, after enthralling the audience over the past few months, India’s Got Talent will enter its semi finale week. This season has seen contestants from different backgrounds participate hoping to fulfil their dreams, irrespective of any disability, financial status, age etc.

One such act that left the judges in awe was the performance by the gymnasts Rahul and Mukesh from Haryana. 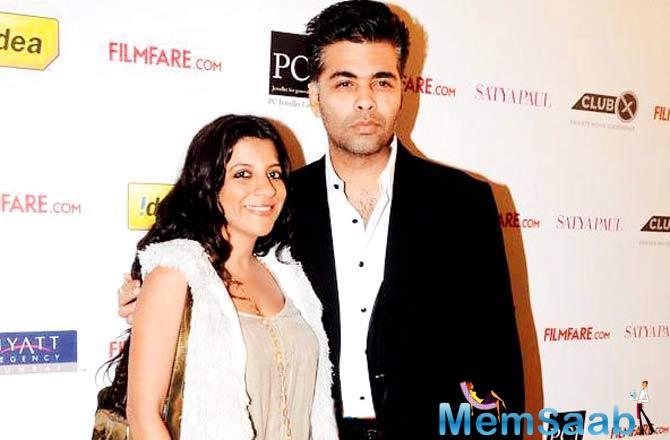 In This Image: Karan Johar, Zoya Akhtar
Their one and only dream are to perform at the Olympics, but due to lack of financial aid, they haven’t been able to fulfil this dream. Although their father has taken a loan to support their dream, it hasn’t been sufficient to make it happen yet. Listening to their heartwarming story, the judges were left teary-eyed.