Kangana Ranaut’s team has slammed Swara Bhasker for supporting Karan Johar in the nepotism debate in the aftermath of Sushant Singh Rajput’s death.

Bhasker had tweeted that KJo should be acknowledged for responding to Ranaut’s nepotism comments on his show, Koffee with Karan, and not deleting it. 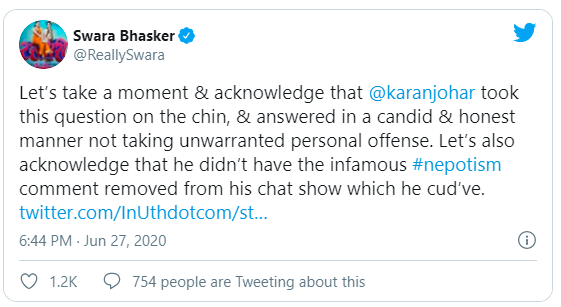 In This Image:
In reply, Ranaut’s team wrote, “Swara while doing chaploosi pls don’t forget Kangana graced the show after many requests, she was the superstar and KJO was the paid host it is not for him to remove anything if channel wants it, and her voice needs no KJO to reach people.”

The debate against nepotism in the film industry was brought back into the limelight after Sushant Singh Rajput’s death on June 14. 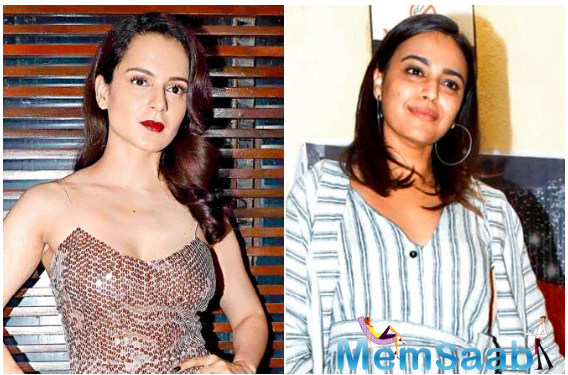 In This Image: Kangana Ranaut, Swara Bhasker
A number of star kids, including Alia Bhatt, Karan Johar, Ananya Panday, Sonakshi Sinha, Sonam Kapoor, and others were held responsible for nepotism in the industry.