Kangana Ranaut owns the French Riviera for the July Cover...

Kangana Ranaut is hogging the headlines yet again. All thanks to actress’ strong opinions and her sister Rangoli Chandel’s Tweets taking potshots at people from the industry.

However, this article slightly shifts the viewers’ attention from all the controversies and brings you her latest cover of Elle India 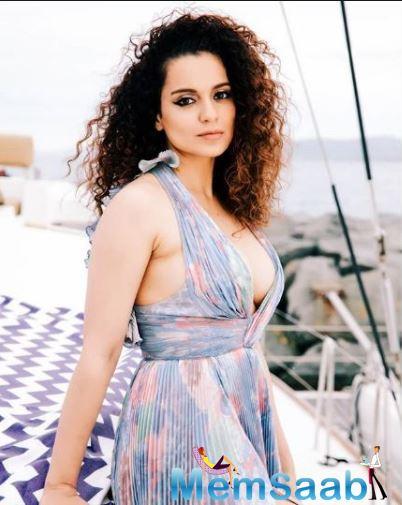 In This Image: Kangana Ranaut
The Curly haired actress recently shot the cover in France for Elle India’s magazine’s July issue. The publication released a behind-the-scenes video of this glamorous cover shoot. Abiding by the hashtag livevictoriously, the Judgementall Hai Kya actress is sporting some gorgeous looks.

The diva is seen in 6 six different outfits ranging from red carpet worthy ones to uber-chic one. 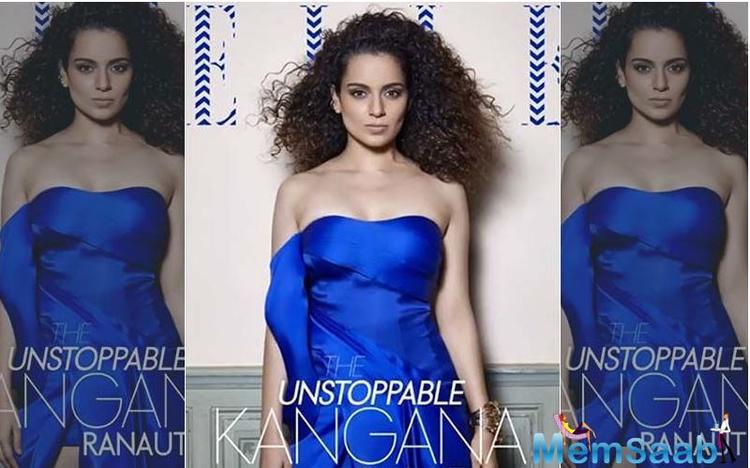 In This Image: Kangana Ranaut
Embellished numbers such as gowns with long trail make her look like an eternal diva. The shirt and pleated skirt look will inspire many of us to adapt it in our day-to-day routine.

This issue will spill the beans about the Manikarnika: The Queen of Jhansi diva right from her film choices to her desirable style. 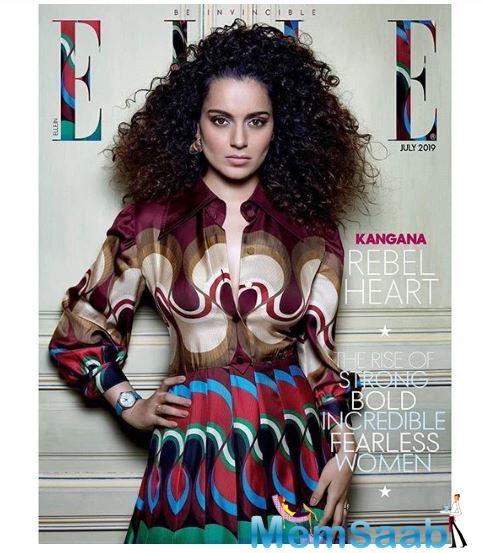 In This Image: Kangana Ranaut
The cover is shot in Aurélienne House on Frejus city Région Var which is rich on architecture and has cords connected to the history of France. Meanwhile, the actress is all geared up for her next ‘Judgementall Hai Kya’ directed by Prakash Kovelamudi and co-starring Rajkummar Rao. This marks her second collaboration with Rao after Queen in 2013.