Kangana Ranaut is a ‘bachchi’, says Mahesh Bhatt on Alia...

It seems that the ongoing fiasco between Alia Bhatt and Kangana Ranaut isn’t over yet. It has been quite some time that the two have repeatedly taken jibes at each other directly or indirectly. Recently, Kangana Ranaut’s sister and manager, Rangoli Chandel shared on Twitter an incident wherein she claimed that Alia Bhatt’s father, Mahesh Bhatt had actually thrown a chappal on her sister. She even attacked the Gully Boy actor’s mother Soni Razdan and called her a non-resident.

While that surely got a lot of attention from everyone, recently, Mahesh Bhatt also reacted to the same. 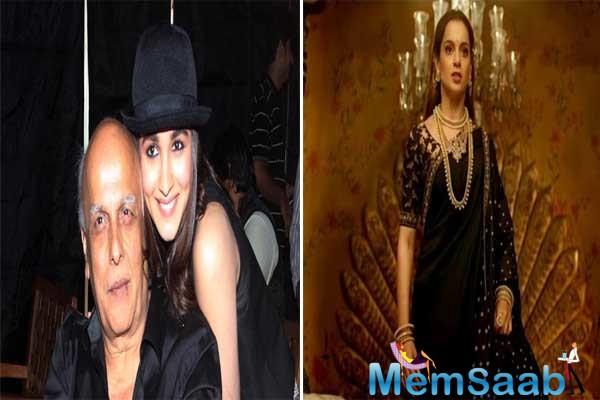 In This Image: Kangana Ranaut, Alia Bhatt, Mahesh Bhatt
At the premiere of Soni Razdan’s Yours Truly, Mahesh Bhatt addressed the reporters and was quizzed about Kangana’s sister’s claims. Mahesh Bhatt mentioned that he thinks of Kangana as a ‘bachchi’ (kid), and hence, he will not comment on her since, it is not in his upbringing at all to say anything about children.

Mahesh Bhatt said, “She (Kangana) is a ‘bachchi’, started her journey with us. Just because her relative (Rangoli) is attacking me, I won’t comment. 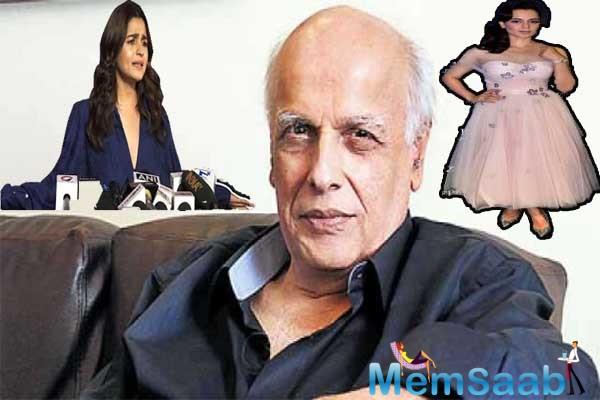 A while back, Kangana had commented on Alia Bhatt’s Gully Boy performance and said that it was ‘mediocre.’ Later, Alia accepted what Kangana said and mentioned that she will work hard on her skills to improve herself. 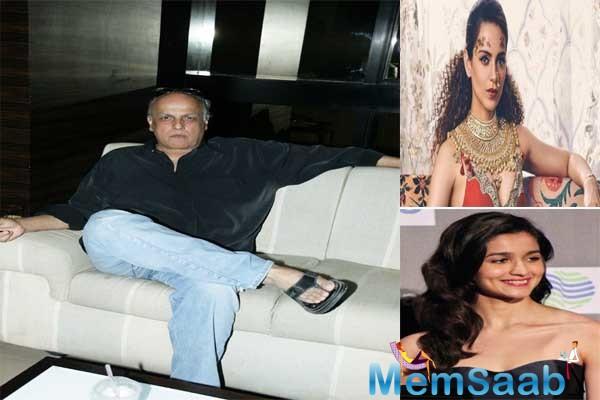 In This Image: Kangana Ranaut, Alia Bhatt, Mahesh Bhatt
Kangana had started her journey in Bollywood with Mahesh Bhatt’s film, Gangster in which she was seen with Emraan Hashmi and Shiney Ahuja. For the role, Kangana also won the Best Female Debut Award in 2006.