Kajol and Ajay Devgn dazzle in their christmas party outfits;...

Kajol can be seen wearing a shimmery blue strapless gown with a slit in the front. The actress kept her makeup minimal with a very chic, messy hairdo. Ajay Devgn, on the other hand, looks dapper in a black suit as he embraces his wife. 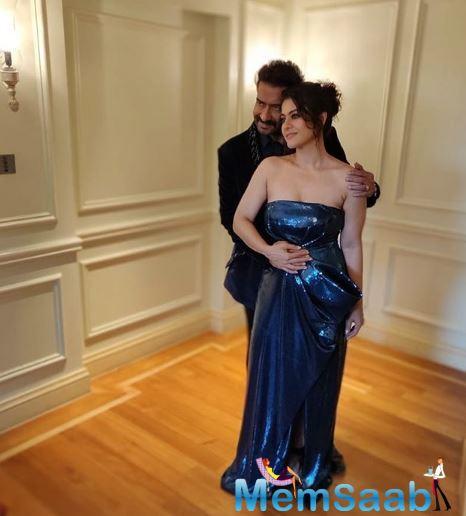 In This Image: Ajay Devgn, Kajol Devgn
Ajay Devgn, too, shared the same photo with the same caption on Twitter. The couple’s fans and social media followers were awestruck by the picture and were quick in complimenting the couple.

On the work front, both Ajay and Kajol are currently gearing up for their upcoming film Tanhaji: The Unsung Warrior where the duo will be seen playing husband and wife. 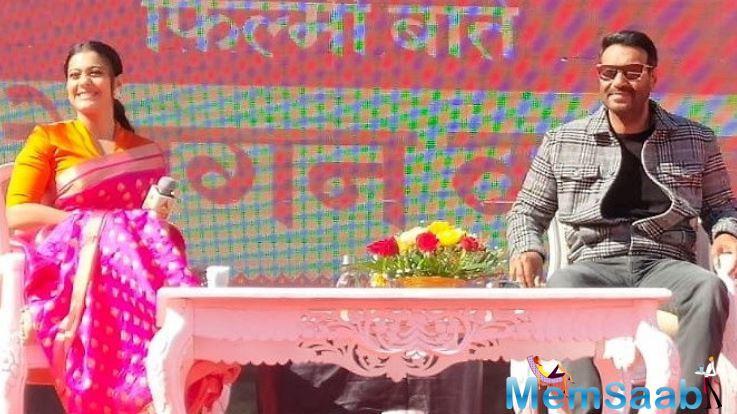 In This Image: Ajay Devgn, Kajol Devgn
The film is based on the life of legendary Maratha warrior Tanaji Malusare. Kajol plays his wife, Savitribai, in the film. Speaking about how she landed the role, Kajol told mid-day, “A week [after Ajay read the script], he told me, ‘I want you to play Savitribai Malusare. If you say yes, I will develop it [the role] further. If you are not doing it, I will leave it at that’. Initially, I joked that he wanted me to be part of the film so that he didn’t have to pay my fees.” Tanhaji: The Unsung Warrior is slated to release on January 10, 2020.