Kabir Khan’s daughter, Sairah, chills with Deepika Padukone on the...

Kabir Khan’s daughter, Sairah, chills with Deepika Padukone on the sets of ’83

Deepika Padukone and Ranveer Singh are currently shooting for Kabir Khan’s ’83, based on India’s maiden victory in the 1983 Cricket World Cup in which they won against West Indies in the finals. Ranveer Singh will portray the role of the then captain of the Indian team, Kapil Dev, while Deepika Padukone will play Kapil’s wife Romi Bhatia.

’83 will recreate the historic events, which led the Indian cricket team to win the 1983 World Cup against West Indies. 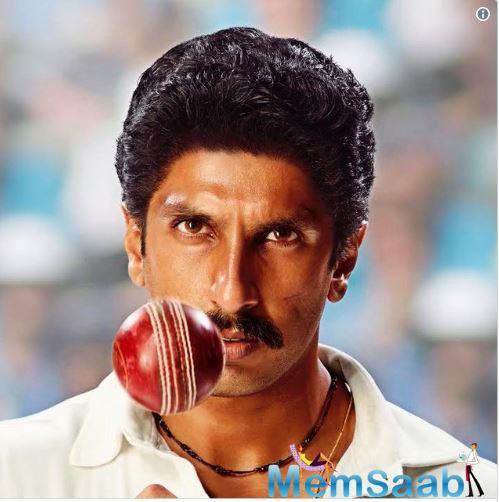 In This Image: Ranveer Singh
The film is touted to be one of the biggest sports movies of all time and has got the fans anticipating its release ever since it was first announced.

The cast finished shooting in Dharamshala and is now in London, shooting for the movie under the mentorship and guidance of none other than Kapil Dev. 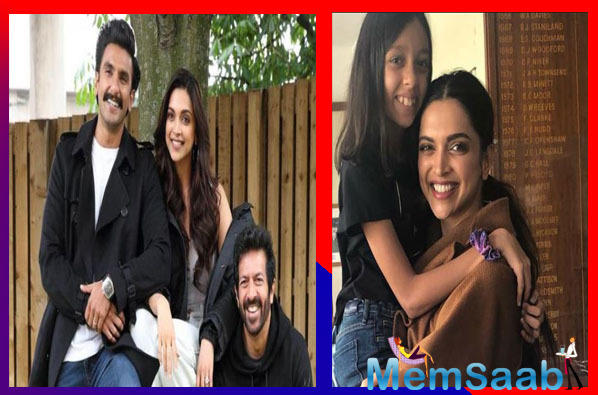 Recently, Kabir Khan’s wife, host-actress Mini Mathur, shared a photo collage on Instagram that features her daughter Sairah hanging out with and getting some ‘serious girl goals’ from Deepika Padukone. 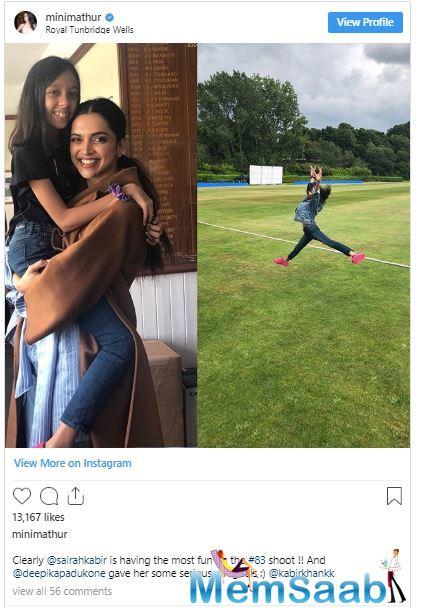 In This Image: Deepika Padukone, Sairah
In one image, Deepika is seen carrying Sairah in her arms. In another picture, Sairah seems to be doing a ballet step. “Clearly Sairah is having the most fun on the ”83′ shoot! And Deepika Padukone gave her some serious girl goals,” Mini captioned the image.

This is Ranveer and Deepika’s first film together after their wedding last year. 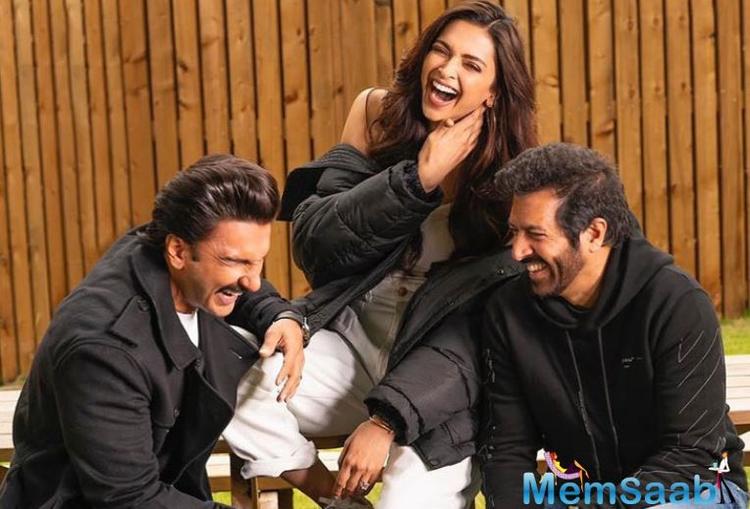 In This Image: Kabir Khan, Deepika Padukone, Ranveer Singh
The couple has previously co-starred in Padmaavat, Bajirao Mastani and Goliyon Ki Rasleela Ram-Leela. The film is presented by Reliance Entertainment and is scheduled to release on April 10, 2020, in Hindi, Tamil and Telugu.