Actress & environmentalist Juhi Chawla is practically living out of a suitcase for quiet a while juggling between 3 places at once,

Mumbai for her professional commitments & social endeavors, UK where her kids are currently studying & her family house in Uganda. 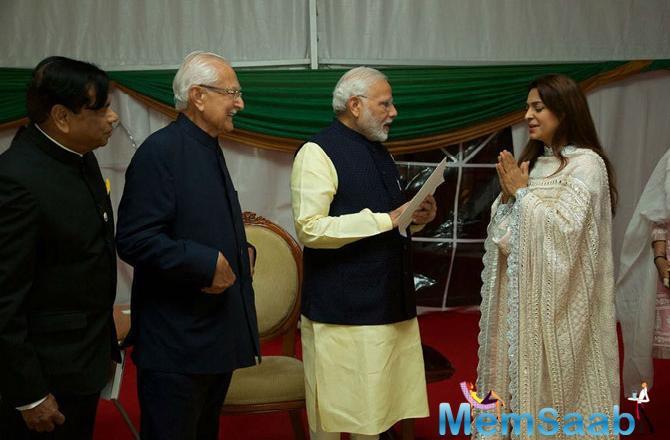 In This Image: Juhi Chawla, Narendra Modi
Juhi who was recently back in the bay to shoot the final portions of her upcoming Shelly Dhar film ELKDTAL alongside Anil Kapoor, Sonam Kapoor & Rajkumar Rao flew back to Uganda but this time for a special reason.

The actress was invited to attend a community reception held in Uganda in honor of Hon. Prime Minister of India, Shri Narendra Modi & H.E. President of Uganda Yoweri Kaguta Museveni. 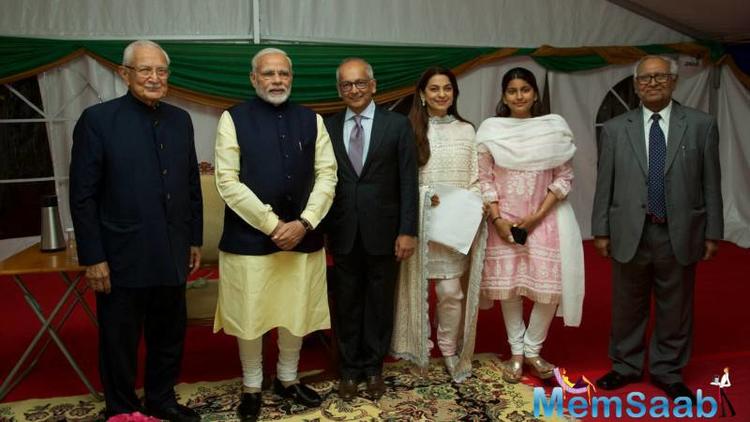 In This Image: Juhi Chawla, Narendra Modi
Juhi shares, “While shooting for the climax of Ek Ladki… and a day before the last day of the shoot, Jay and myself had flown down to Uganda especially to spend time with my daughter and our family as well as this scheduled meeting of the family with Shri Narendrabhai. It was an honor, privilege and pleasure.” “My father in law is a prominent citizen; industrialist of Uganda & also recipient of Pravasi Bharatiya Samman Award, presented Shri Modiji with his recently released Autobiography Call of the Peacock.I presented him with originals of my film Chalk N Duster,” she added.