Filmmaker JP Dutta, who has made several films on India-Pakistan wars, feels that ever-recurring Kashmir issue between both neighbouring countries is like a child of a broken marriage. 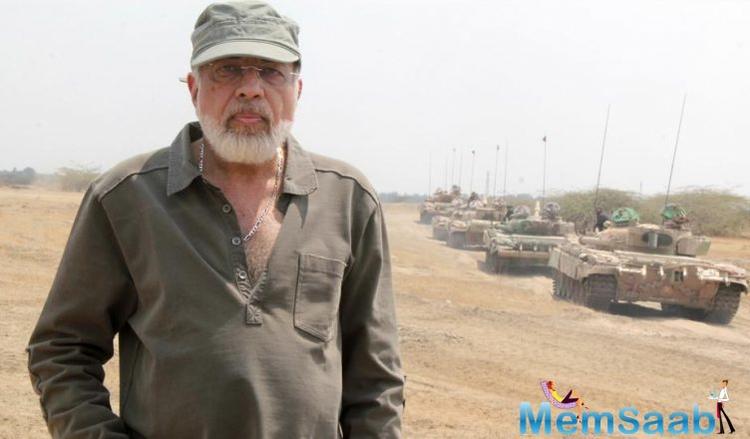 In This Image: JP Dutta
Dutta was interacting with media at the trailer launch of ‘Paltan’ along with actors Arjun Rampal, Sonu Sood, Harshvardhan Rane, Gurmeet Chaudhary, Sidhhant Kapoor, Luv Sinha, Monica Gill, Sonal Chauhan, Dipika Kakar, music composer Anu Malik and producer Nidhi Dutta on Thursday in Mumbai. Asked for a comment on the relations between India and Pakistan, Dutta, who has made films like ‘Border’ and ‘LOC Kargil’, said: “They (Pakistan) will not forget Bangladesh and they will always try to take revenge of the 1971 war (where India was instrumental in creating Bangladesh as a separate country which was earlier part of Pakistan).”

Dutta said Kashmir is a very emotional issue for both India and Pakistan and both the countries are not ready to keep their egos aside.

In This Image: JP Dutta
“I feel Kashmir is like a child of a broken marriage and, therefore, continuously that topic recurs from both sides.” Dutta returned to direction with ‘Paltan’ almost after 12 years when he last directed ‘Umrao Jaan’, which was released in 2006.

“I was born to do this job. For me, happiness lies in making films. When I am not making films, I feel sad,” he said. He added “the Almighty has sent him to make films on sacrifice of soldiers for the country”.

In This Image: JP Dutta
“When you are born, when you come into this world, and when you are growing up, you realize you have been sent by the Almighty to do a certain job and I think I have been sent to make my soldiers immortal,” Dutta said.

About his experience of directing multiple actors in ‘Paltan’, Dutta said: “I have earlier made multi-starrer films like ‘Border’ and ‘LOC Kargil’.

In This Image: JP Dutta
I have worked with Vinod Khanna, Dharmendra ji and Sunil Dutt saab in my earlier films. I got immense amount of love, support and respect from those actors. So, I truly feel blessed.” Produced by Zee Studios and J.P. Films, ‘Paltan’ is all set to hit screens on September 7.