Janhvi Kapoor wishes BFF Tanisha Santoshi on her birthday with...

For most people, birthdays are special occasions on which one gets to spend time with loved ones. 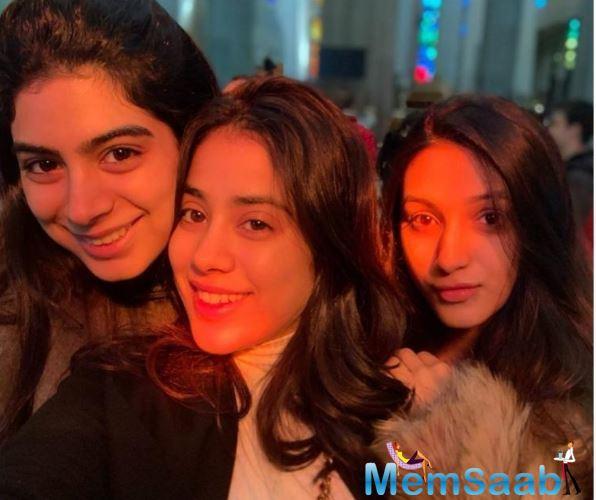 In This Image: Janhvi Kapoor, Khushi Kapoor, Tanisha Santoshi
For Bollywood stars too, the birthday of people close to them are a special way to remind them how important they are. Speaking of this, Janhvi Kapoor is extremely close to her BFF and daughter of filmmaker Rajkumar Santoshi, Tanisha. Today, Janhvi’s BFF, Tanisha is celebrating her birthday and the Dhadak actress decided to make it extra special for her by wishing her in a sweet way.

The Dhadak actor took to Instagram to share some adorable throwback photos featuring Tanisha and her kid sister Khushi Kapoor. 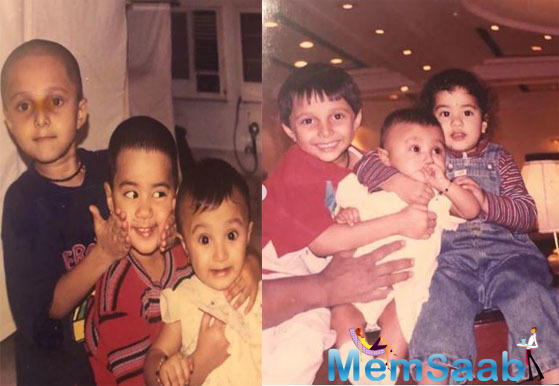 In This Image: Janhvi Kapoor, Khushi Kapoor, Tanisha Santoshi
In the photos, we can see Janhvi as little baby and her BFF Tanisha as a toddler. With cute expressions, Janhvi and Tanisha looked adorable in the childhood photos. In one of the photos, we can see Khushi joining Janhvi and Tanisha as they strike a cool pose. With each photo, Janhvi shared memory with the fans and wished her BFF in the sweetest possible way.

Janhvi also penned a sweet wish for Tanisha and wrote, “Promise to keep scaring u forever. #HBD love u too much.” Meanwhile, Janhvi is currently in Georgia for the shooting of her upcoming film, Kargil Girl. 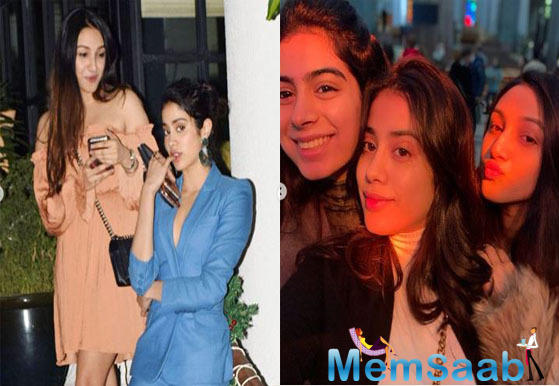 In This Image: Janhvi Kapoor, Khushi Kapoor, Tanisha Santoshi
Janhvi had jetted off with her team for Georgia a few days back. The film is a biopic based on the life of IAF pilot, Gunjan Saxena who was the first female pilot to fly into Kargil war zone back in 1999. The film also stars Angad Bedi and Pankaj Tripathi as Janhvi’s brother and father. Aside to this, Janhvi also as RoohiAfza starring Rajkummar Rao. It is a horror-comedy in which Janhvi will be seen playing a double role. The film is slated to release on March 20, 2020. Janhvi also will be seen with Kartik Aaryan in Dostana 2.