Actor Janhvi Kapoor celebrated Earth Day on April 22 by posting a picture with sister Khushi from someplace in the hills and by a river side. All through the lockdown, Janhvi has been sharing fun posts. Apart from these, Janhvi has also been fine-tuning her dancing skills and posted a throwback video where she practised to a song from Aishwarya Rai’s film Umrao Jaan.

In This Image: Janhvi Kapoor
Taking to Instagram stories, Janhvi posted a picture which showed her standing on a rocky riverside even as Khushi struggles to get to where her sister is standing. They are both dressed in sportswear. Sharing the picture, Janhvi wrote: “Really enjoying how Khushi’s struggling to climb the rocks behind me.” During the lockdown, Janhvi had also put up a poignant note on what the lockdown had taught her. Remembering her late mother Sridevi, she had written: “I’ve learnt that there are many hours in the day. I’d learnt that I can still smell my mother in her dressing room.”

Janhvi will next be seen in Gunjan Saxena: The Kargil Girl 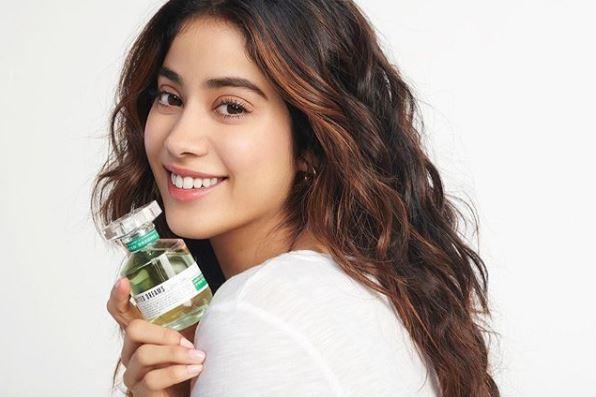 In This Image: Janhvi Kapoor
On the work front, Janhvi will next be seen in Gunjan Saxena: The Kargil Girl, RoohiAfzana, Takht and Dostana 2. Janhvi made her debut in 2018 Hindi film Dhadak, which also starred Ishaan Khatter, the step brother of actor Shahid Kapoor. Produced by Karan Johar’s Dharma Productions, it was the official remake of Marathi hit, Sairat.