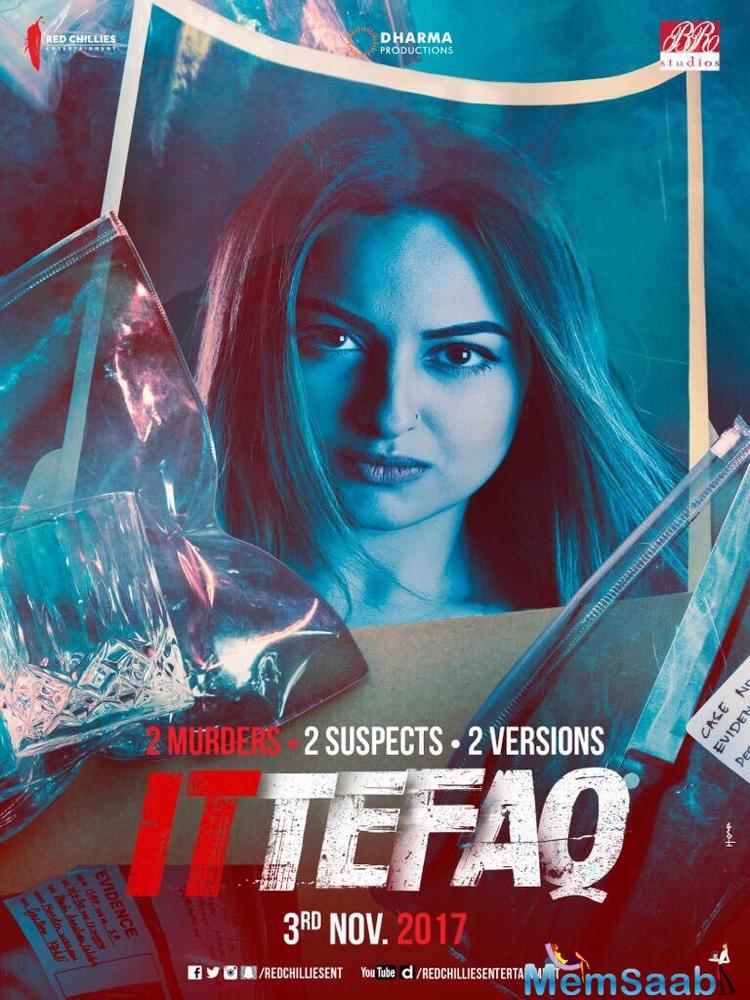 In This Image: Sonakshi Sinha
The actors, on Wednesday, shared new posters of their upcoming film ‘Ittefaq’ and gave them a fascinating caption.

The ‘Baar Baar Dekho’ star wrote, “I am accused of a crime I did not commit! Wait for my story #IttefaqNov3 @sonakshisinha #AkshayeKhanna” 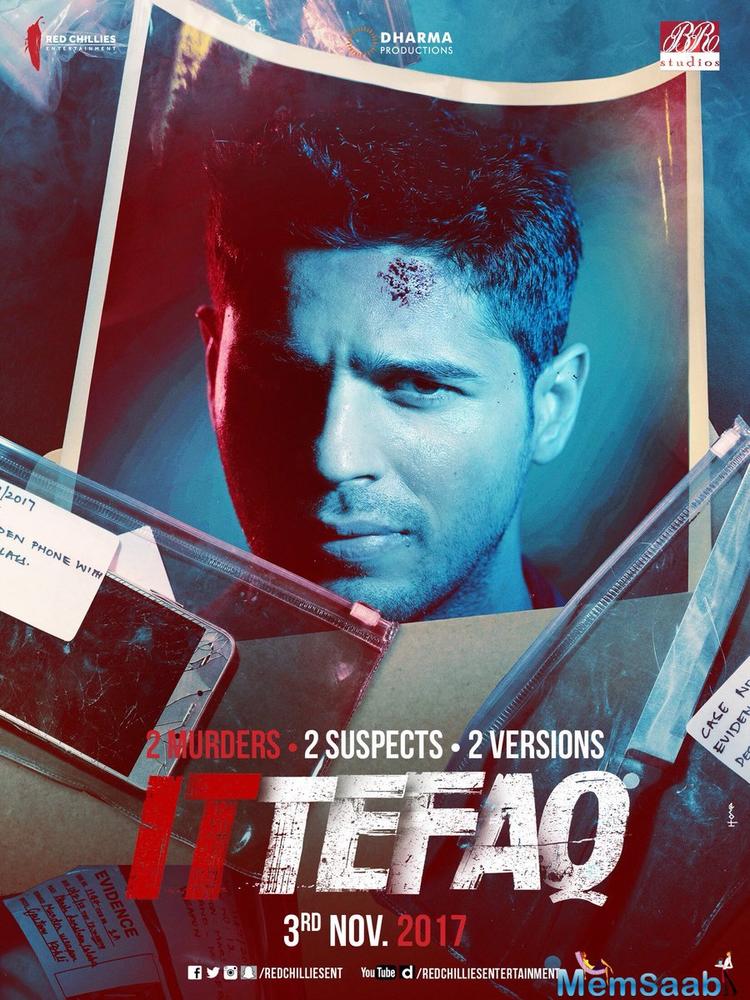 In This Image: Sidharth Malhotra
The ‘Akira’ of Bollywood also posted, “I’m a victim who got accused of being a criminal! Dont you want to hear my story?!? #IttefaqNov3 @S1dharthM #AkshayeKhanna”

The film is a remake of Yash Chopra’s 1969 classic film that starred Rajesh Khanna and Nanda in lead. 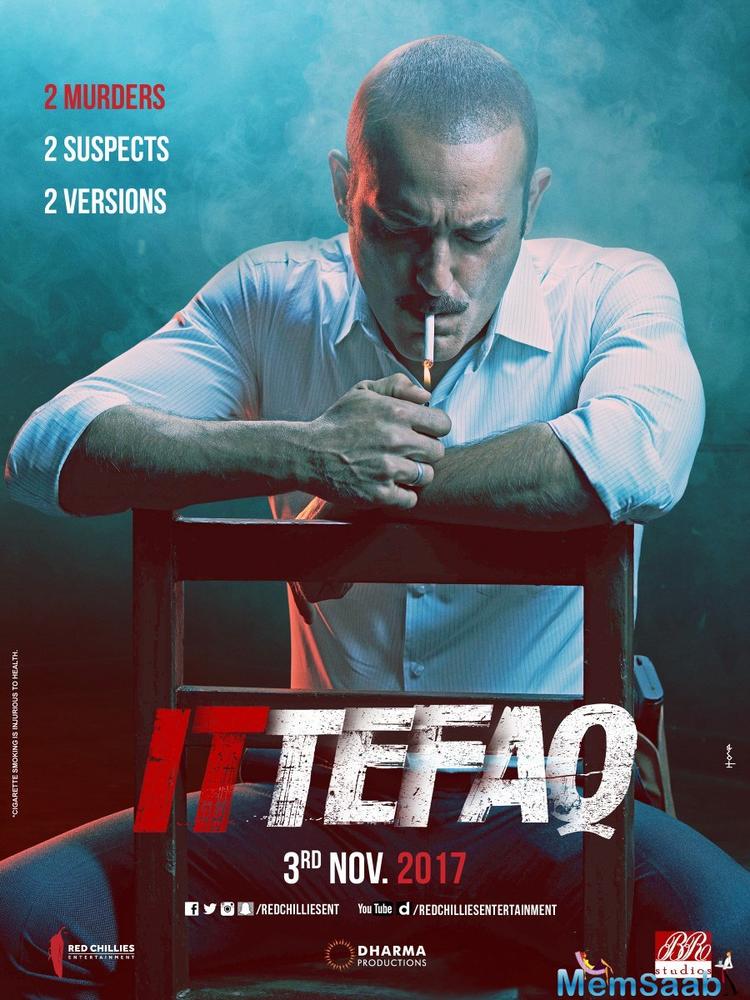 In This Image: Akshaye Khanna
Helmed by B.R. Chopra’s grandson Abhay Chopra, the film is being co-produced by Karan Johar and Shah Rukh Khan.