Omung Kumar’s next, a biopic on Sarabjit Singh, completed its last schedule in Mumbai on Wednesday .

The movie was slated to finish shoot on 15th March. However, the team had faced issues with the authorities regarding shooting permissions at various locations 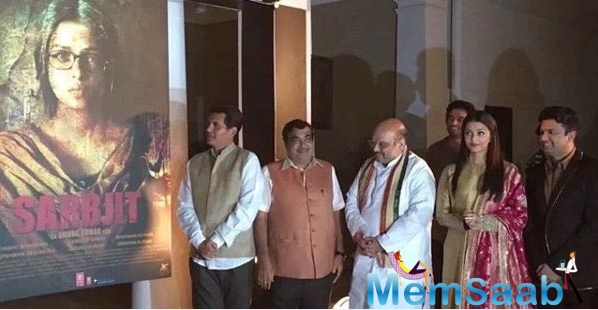 In This Image: Aishwarya Rai Bachchan
During their earlier schedule, the team had faced a problem in getting permission to shoot an essential sequence at the Wagah Border. During the fourth schedule, shoot at Bhindi Bazaar in Mumbai had also been brought to a standstill.

This is director Omung Kumar’s next film after the critically acclaimed Mary Kom. Randeep Hooda essays the role of the Indian farmer Sarabjit.

In This Image: Aishwarya Rai Bachchan, Randeep Hooda
Aishwarya Rai Bachchan will be playing Sarabjit’s sister, Dalbir Kaur in the film. Richa Chadha and Darshan Kumar also play important parts in the movie. Produced by T-series, it is all set to release in India on May 20,2016.

Omung Kumar’s next, a biopic on Sarabjit Singh, completed its last schedule in Mumbai on Wednesday . 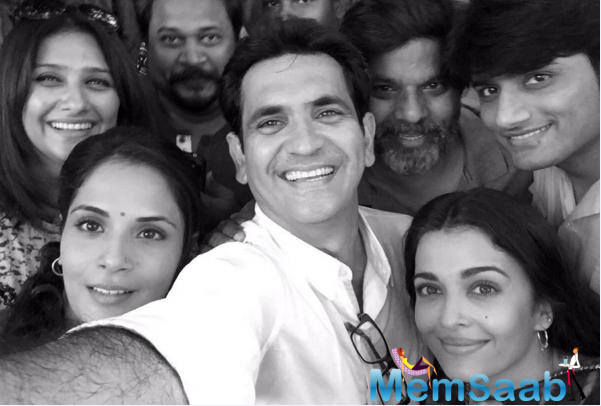 In This Image:
The director shared a selfie with the movie’s cast & crew.