It took one year to design the action sequences for...

Hrithik Roshan and Tiger Shroff’s high-on-action film, War, is touted to be the biggest Bollywood action film releasing in 2019. This visual extravaganza has two of the best action heroes from Bollywood – Hrithik and Tiger, who fight each other ruthlessly and mercilessly to bring the other down. Also, said to be an edge-of-the-seat thriller, this Yash Raj film’s action sequences took one year to get choreographed.

The teaser of this film was received positively by the audience, and after a long time, fans got to see Hrithik Roshan in such a fierce avatar. 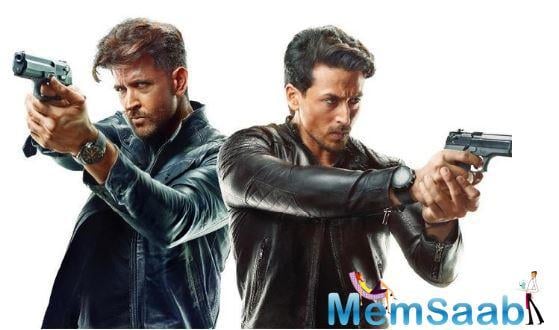 In This Image: Hrithik Roshan, Tiger Shroff
The deadly combination of Hrithik and Tiger in itself is a high point of War. The teaser went viral and became a talking point. Talking about its action sequences, the film’s representatives claim that four of the top action directors of the world – Paul Jennings (The Dark Knight, San Andreas, Jack Reacher and Game of Thrones), Franz Spilhaus (Safe House, Eye in the Sky, Death Race), Sea Young Oh (Age of Ultron, Snowpiercer) and Parvez Shaikh (Tiger Zinda Hai, Kesari, Mary Kom) – all specialists in creating a different type of spectacle, came together to design the breathtaking, never seen before action visuals. Tiger Shroff, who considers the ‘Greek God’ as his inspiration was highly overwhelmed after signing War with him.

They will be seen fighting with each other on land, ocean, and even in the air! Helmed by Siddharth Anand, the director he has left no stone unturned to make War on a large scale. He took a year to build the action scenes. 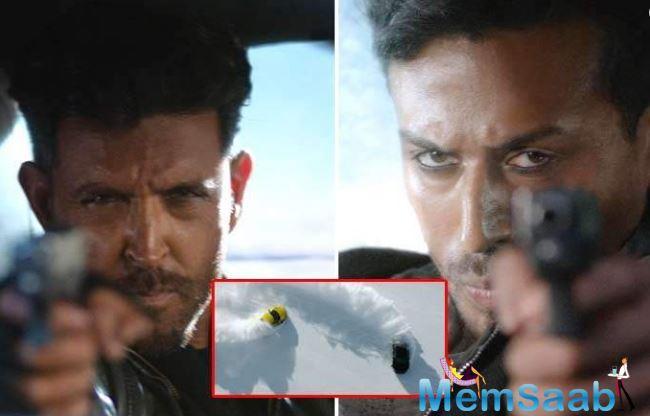 In This Image: Hrithik Roshan, Tiger Shroff
Speaking about it, the representatives of War, shared a quote by Siddharth Anand on this news. The quote reads: “It is true because I don’t think any movie in India has spent over a year to design action sequences. I wanted to create an action spectacle, a non-stop adrenaline-pumping visual extravaganza for Indian audiences and for that we all had to give over a year to design these sequences. We had four action directors living and working in different parts of the world and it was important to jam with them on how to make War the biggest and one of its kind action film. We wanted the audience to feel that they had never seen this kind of action and we wanted them to be proud that an Indian film could do what a big-budget Hollywood action film delivers.”

The action entertainer of the year will see both Hrithik and Tiger push themselves to the limit to pull off these death-defying acting stunts. 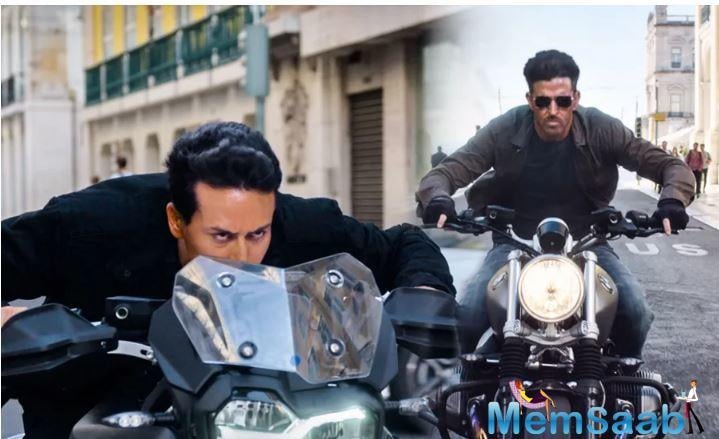 In This Image: Hrithik Roshan, Tiger Shroff
Adding further, he said, “In fact, the biggest Hollywood action films have, at the most, 4 action sequences in the film, we, on the other hand, have 7 action set pieces! We had two of the biggest action superstars in our film and we wanted to deliver to the expectations of the people and create the grandest action film to date. The response to the teaser has validated our effort and we are hoping that audiences will give as much love to the film as well.” Produced by Yash Raj Films, War also stars Vaani Kapoor as Hrithik Roshan’s love interest, The film is set to release on October 2, 2019.