It is official: Pooja Hegde will see opposite Salman Khan...

by Naved Qureshi 1 year ago1 year ago
3views
0

It is official: Pooja Hegde will see opposite Salman Khan in his Eid 2021 release ‘Kabhi Eid Kabhi Diwali’

Salman Khan, who is currently running busy shooting for Radhe: Your Most Wanted Bhai, on January 10, gave his fans a major surprise by announcing his next film, which is titled Kabhi Eid Kabhi Diwali, and it will be released in 2021 on the occasion of Eid. Kabhi Eid Kabhi Diwali is directed by Farhad Samji and the story is by Sajid who is producing it under the banner Nadiadwala Grandsons.

While the film is yet to go on floors, speculations regarding the lead actress and other supporting actors are making headlines of late. 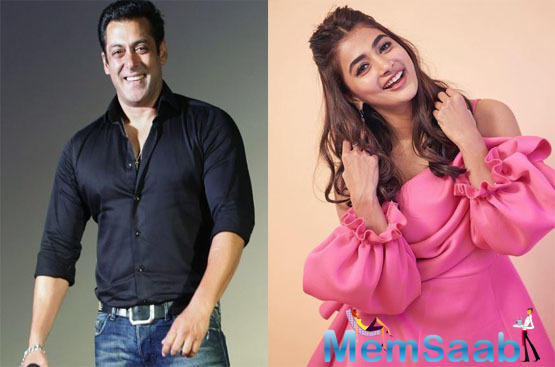 In This Image: Pooja Hegde, Salman Khan
And now producer Sajid Nadiadwala has confirmed Salman’s lead actress. It is none other than Pooja Hegde. Yes, you read that right! All praise for his newly-minted leading lady, Sajid Nadiadwala, who is producing and scripting the film, gushed, “Having worked with Pooja in Housefull 4, we felt she was a perfect fit for this film. She has an amazing screen presence and will make for a good pair with Salman. They will bring freshness to the story.” Talking about how it is a special subject for the trio, Sajid added, “Judwaa was one of Salman and Bollywood’s first Eid releases. Even my directorial debut, Kick, opened during the festival.”

Since Salman and Pooja are pairing up for the first time and their track is laced with dollops of humour, the makers have planned several workshops in the lead up to the first shoot schedule in October to help the duo break the ice. 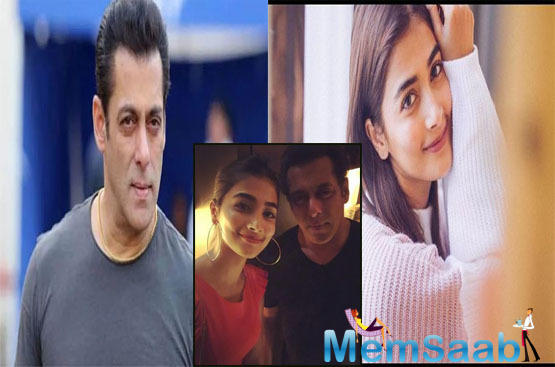 In This Image: Pooja Hegde, Salman Khan
According to a source, Salman will be presented in a completely new avatar in the film. The look is currently being decided upon. “His lady love is a traditional small-town girl who is the polar opposite of Salman’s character. Pooja has played small town roles down South in films like Mukunda, and hence the makers found her apt for the role. There’s a beautiful mature love story between the two characters, and Pooja’s track acts as the catalyst to the plot,” said the source, adding that the film is high on action too but instead of personal vendetta, Salman will fight for a larger cause this time around.