Ira Khan wishes Eid Mubarak in the most unique way;...

Ira Khan wishes Eid Mubarak in the most unique way; drapes a saree too!

Aamir Khan’s daughter Ira Khan is spending some quality time with the family amid the lockdown period. The actress also celebrated cousin sister’s digital debut launch with Mrs. Serial Killer. Now, as the world celebrated Eid on May 25, the star kid posted a picture where she is seen in a red saree.

Well, many women might find this an easy task, many find it a lot more difficult to drape this six-yard. Ira Khan experienced nothing different. 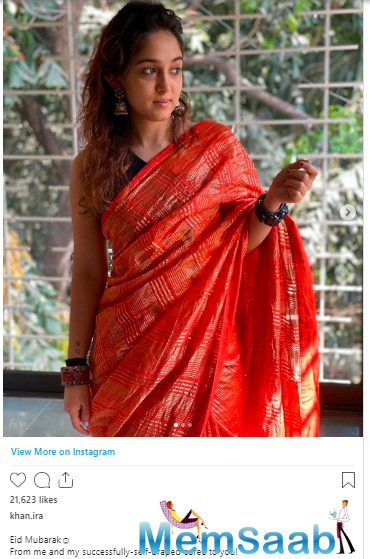 In This Image: Ira Khan
Ira shared her plight while draping this one on social media, and we can totally relate to the actress. Ira Khan is quite active on social media and often keeps sharing pictures from her daily life. A few days ago, Ira shared a quarantine picture with brother Azad Rao Khan. In the picture, the duo looked cute posing in a monochrome filter.

For the unversed, Ira has made her directorial debut with a theatre production titled Euripides’ Medea. 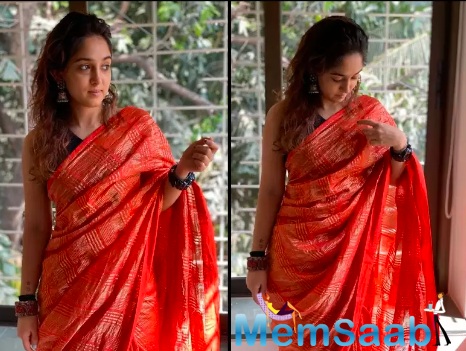 In This Image: Ira Khan
The play is an adaptation of Euripides’ Greek tragedy Medea and stars Aamir’s son Junaid Khan and actress Hazel Keech among others. Euripides’ Medea revolves around Medea, whose husband Jason leaves her for a Greek princess of Corinth. She takes revenge by murdering Jason’s new wife as well as her own children, after which she heads to Athens to start a new life.

On the personal front, Ira Khan is dating Mishaal Kripalani, and the director made it official on Instagram in 2019. 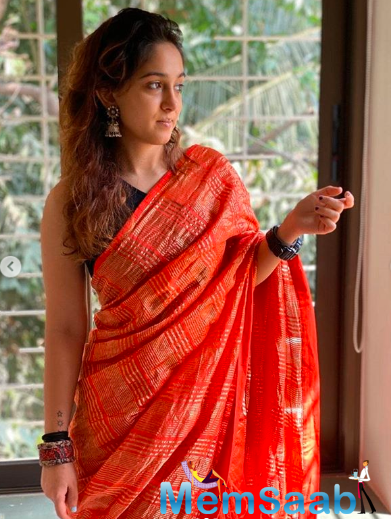 In This Image: Ira Khan
Speaking about her debut, Ira said, “There’s no particular reason why I decided to start with theatre. I love the art form. It’s magical and all-consuming in its classical form, and in the world of technology. I love the suspension of disbelief that the audience allows for, thus offering the makers to express so much more.”