India vs Australia, 4th Test Day 1: Australia all out...

India, who had to bat for an over before stumps, were /0 with openers KL Rahul and Murali Vijay makes sure that India did not lose a wicket.

In This Image: Steve Smith
Australia, who were cruising to 131/1 at lunch, lost their last nine wickets for 169 runs as the 22-year-old Kuldeep bamboozled the Australian batsmen. His surname sake, Umesh Yadav (2/69), scalped 2 wickets while Bhuvneshwar Kumar (1/41), R Ashwin (1/54) and Ravindra Jadeja (1/57) scalped a wicket each while Steve O’Keefe was run out courtesy Shreyas Iyer’s brilliance in the field.

Debutant Kuldeep Yadav stole the show as Australia were all out for 300. 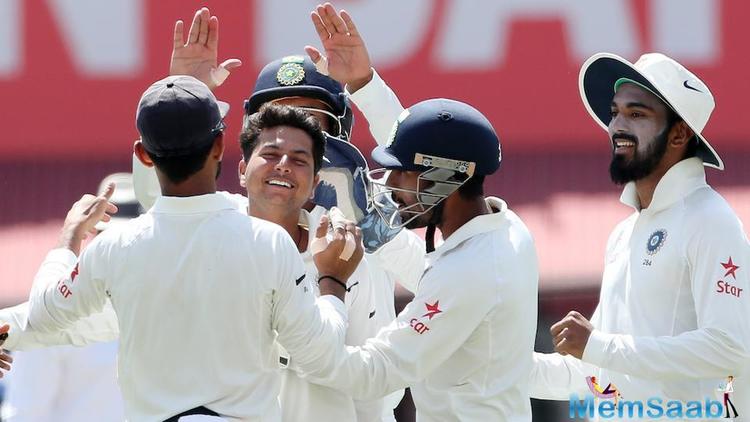 In This Image: KL Rahul, Kuldeep Yadav
On the other hand, Australia skipper Steve Smith’s hundred on Day one of the fourth Test here on Saturday also rock the show.

No last-over drama as KL Rahul safely negotiates one over bowled by Josh Hazlewod before stumps. 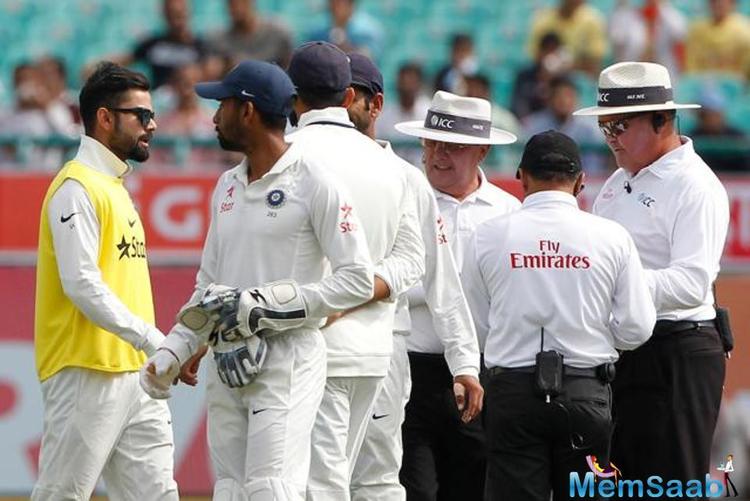 In This Image: Virat Kohli
On the other side, Smith became the sixth visiting player and second captain after Alastair Cook (in 2012) to score three or more hundreds in a series in India after Weekes, Sobers, Barrington, Amla & Cook.