India vs Australia 3rd T20: Match called off, both teams... 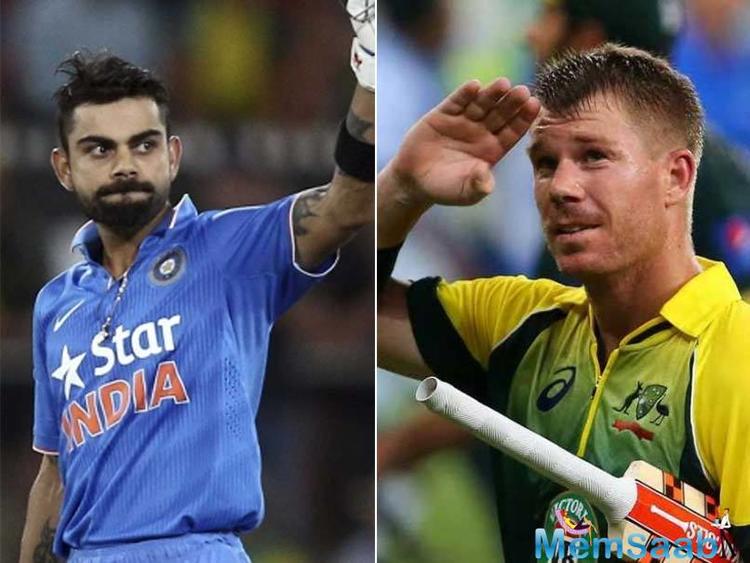 In This Image: Virat Kohli, David Warner
With this result, both the teams have shared the T20 trophy, with the hosts having won the first game and the Aussies bouncing back in the second.

However, more than 29,000 spectators who came to watch the match at the Rajiv Gandhi International Stadium had to go back without witnessing any cricket. 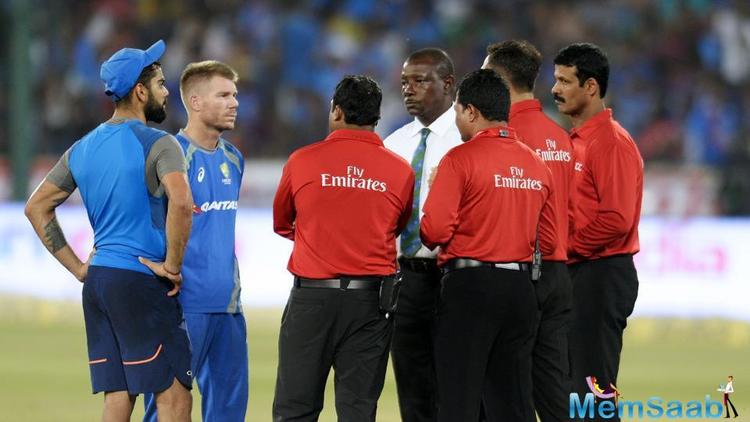 In This Image: Virat Kohli, David Warner
This was the best chance for David Warner’s men, as they were keen on signing off the tour with a trophy in their cabinet.

Even before the match, there were speculations of rain and thunderstorm. 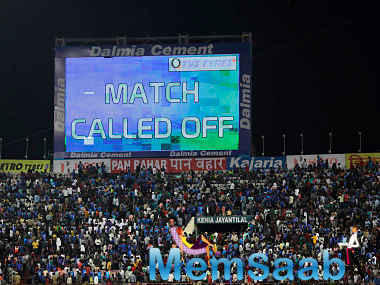 In This Image:
While Virat Kohli and co will take short break before regrouping for the limited-overs series against New Zealand starting on October 22, the Australian cricket team will head back home and will hope to be fully prepared on time for the Ashes series against England at their home turf, starting in November.