India beat Australia by nine wickets in the rain-curtailed Ranchi Twenty20 on Saturday and took a 1-0 lead in the three-match T20 series.

India won the toss and choose fielding, due to rain and Indian bowlers reduced Australia to 118/8 in 18.4 overs.

In This Image: Jasprit Bumrah
After rain derailed proceedings at the JSCA International Stadium Complex, the revised playing conditions required India to chase down 48 runs in 6 overs, which India achieved with three balls to spare.

Earlier, India lost Rohit Sharma in the chase, Virat Kohli and Shikhar Dhawan made sure India reached the required total without losing any more wickets. 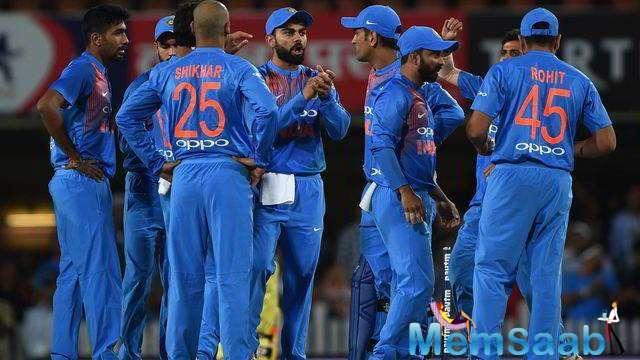 In This Image: Virat Kohli
While there was a possibility of rain before the match kicked off, rain made its presence felt after Australia, who were put in to bat by Kohli, batted for 18.4 overs before rain played spoilsport.

While Aaron Finch continued his fine run of form, Indian bowlers continued to chip in with wickets at regular intervals. 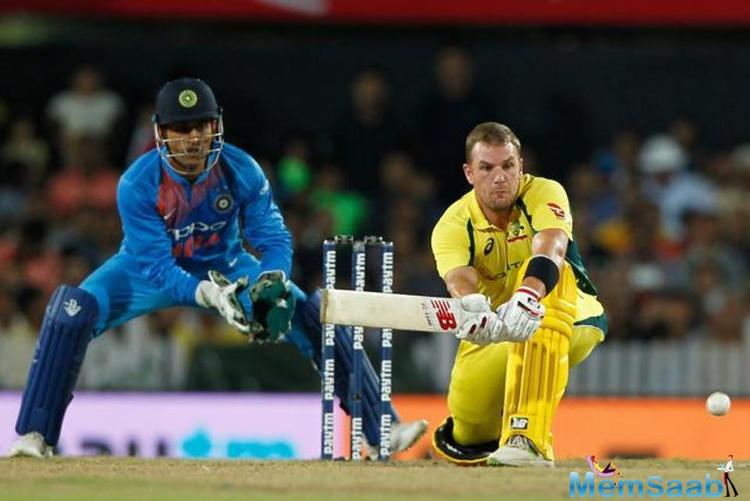 In This Image: Aaron Finch
Bhuvneshwar Kumar struck first as he removed David Warner in the first over. Glenn Maxwell, who had a torrid time in the ODI series, once again had a night to forget as he was dismissed by Yuzvendra Chahal for the fourth time in the ongoing tour.

Finch played a few big shots in between however Kuldeep Yadav ended his stay in the middle after the Australian opener was done in by Kuldeep’s dip and spin. 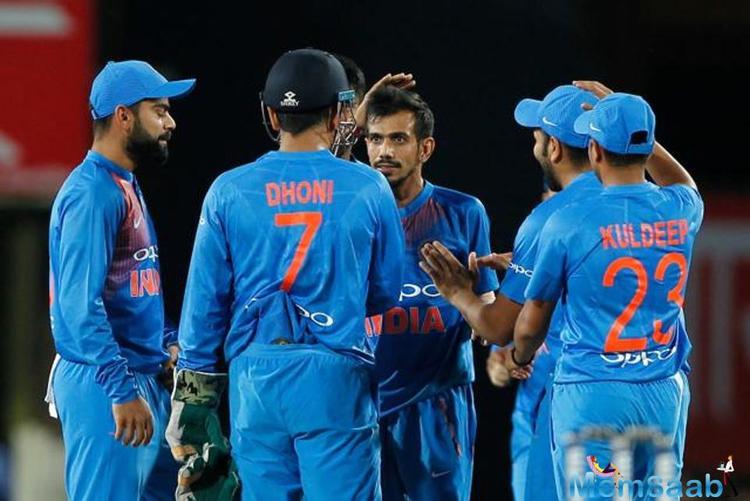 In This Image: Virat Kohli
Moises Henriques was the next to get out as he dragged the chinaman’s delivery onto the stumps. Hardik Pandya, who did not have a good day in the middle till then, removed Travis Head to leave Australia in tatters.

While Tim Paine had two lucky escapes in space of two balls off Chahal, his luck ran out soon as Jasprit Bumrah disturbed the timber to send the Australian wicket-keeper packing in the 18th over. 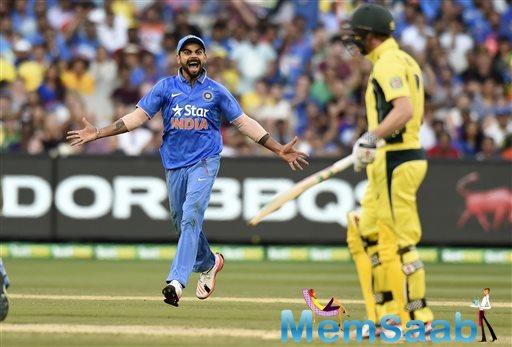 In This Image: Virat Kohli
Nathan Coulter-Nile got out in the same over. Australia then lost Daniel Christian; courtesy Virat Kohli’s fielding brilliance as his direct-hit from long-on gave India their eighth wicket. Just when India looked good to wrap up Australian innings, rain ran havoc.