Virat and co come to the party as India bundled out Sri Lanka for 166 to take 1-0 lead in 3-match Test series.

The Test match at the Vidarbha Cricket Association was completely dominated by Virat Kohli’s men, after having restricted Dinesh Chandimal’s team to 205 in the first innings. 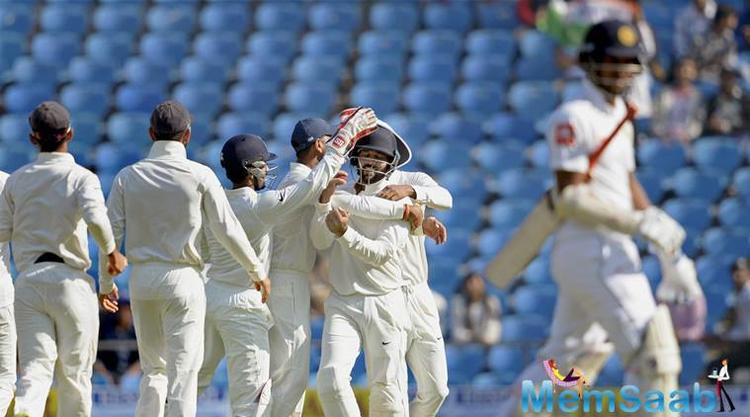 In This Image: Murali Vijay, Dimuth Karunaratne
In reply, India declared at a mammoth 610-6, taking a huge lead of 405. During the hosts’ innings, it was a double ton by captain Virat Kohli (213) and centuries from Cheteshwar Pujara (143), Murali Vijay (128) and Rohit Sharma (102) which put themselves in the driver’s seat. Trailing to India’s 405, the visitors once again had a worse start, losing Sadeera Samarawickrama in the first over.

The only take away from the Lankans’ innings was a knock of 61 by Dinesh Chandimal as Ravichandran Ashwin got a wicket, inching to 300 Test wickets. 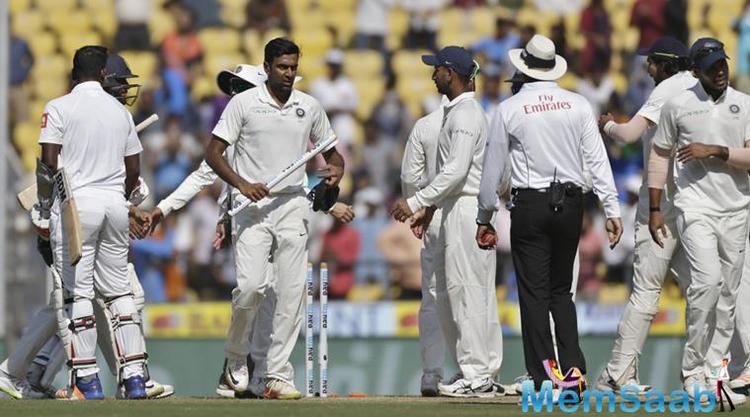 In This Image: Ravichandran Ashwin
R Ashwin became quickest to scalp 300 Test wickets as India thumped Sri Lanka to complete an innings and 239-run victory in the second Test here on Monday, beating them by 239 runs. With this win, the hosts have taken a 1-0 lead in the three-match series. 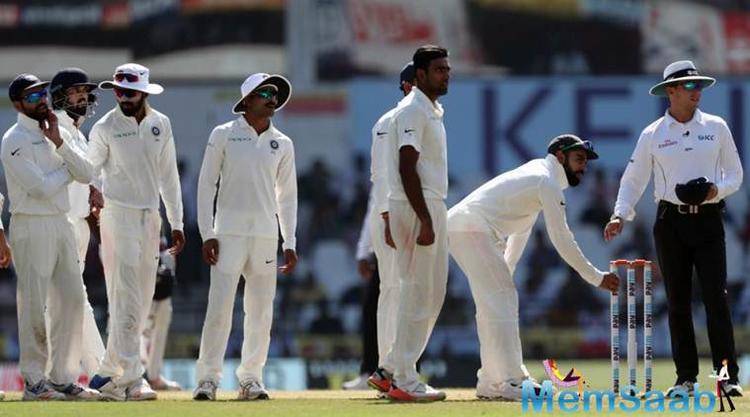 In This Image: Virat Kohli
The visitors will hope to bounce back and level the series when they head to New Delhi for the third Test, starting on December 2.