Virat Kohli’s Team India continued their domination at home, as they defeated Kiwis by six runs to clinch the three-match ODI series 2-1. 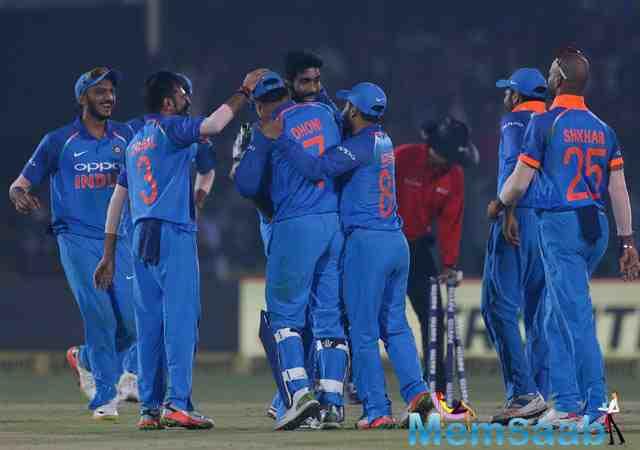 In This Image: Jasprit Bumrah, Axar Patel, Shikhar Dhawan
After having elected to bowl, nothing went according to Kiwi’s plan, as Virat Kohli and Rohit Sharma put up a 230-run partnership after losing Shikhar Dhawan early.

However, Rohit Sharma’s innings came to an end as he was dismissed for 147. This was followed by captain Kohli’s dismissal, who departed for 113 runs. 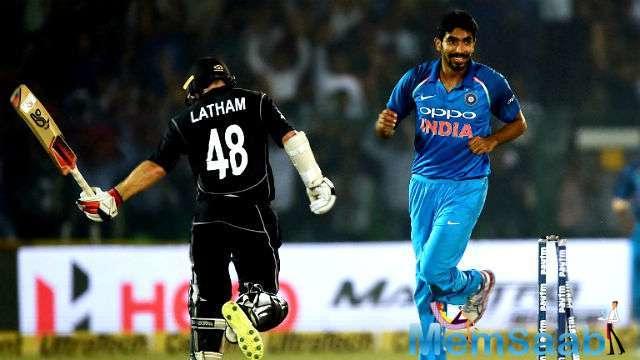 In This Image: Jasprit Bumrah
Following Kohli’s wicket, Dhoni and Jadhav put up a 29-run partnership, but the latter went back just before the end of the innings.

In response, the Kiwis got off to a solid start, racking up 100 runs in the first 15 overs. 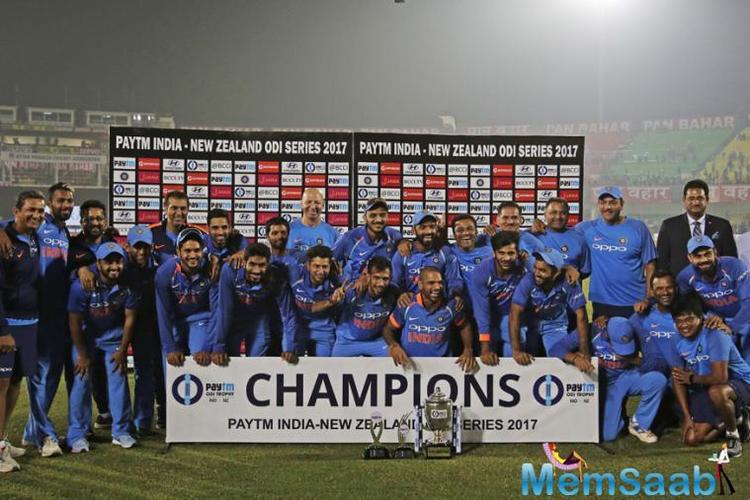 In This Image: Jasprit Bumrah, Axar Patel, Virat Kohli, Shikhar Dhawan, Kedar Yadav, Mahendra Singh Dhoni
Despite good knocks from Colin Munro (75), Kane Williamson (64) and Tom Latham (65), the Kiwis were unable to capitalize on the momentum, as they lost wickets in a flurry in the last 10 overs. Jasprit Bumrah picked three wickets, while Yuzvendra Chahal picked up two wickets for India, whereas Bhuvneshwar Kumar got one wicket.