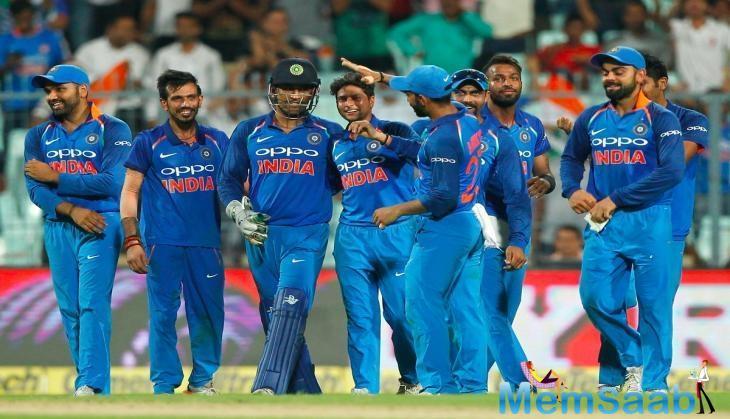 In This Image: Kuldeep Yadav, Virat Kohli, Hardik Pandya, Mahendra Singh Dhoni
Hat-trick boy Kuldeep Yadav lights up Eden Gardens. The young Chinaman became only the third Indian to take a hat-trick after Kapil Dev and Chetan Sharma. A huge achievement for Kuldeep as he celebrated it in style.

Having decided to bat, India lost Rohit Sharma early, but Virat Kohli and Ajinkya Rahane took the team forward, finishing the innings at 252 all out. 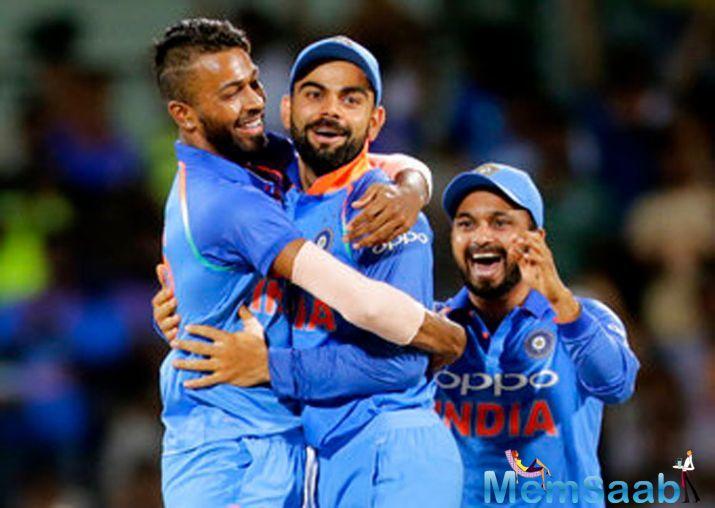 In This Image: Virat Kohli, Hardik Pandya
Both Kohli (92) and Rahane (55) got out during the innings, with the former being eight short of his 31st ODI ton. For the Aussie bowlers, Nathan-Coulter-Nile and Kane Richardson picked up three wickets, while Pat Cummins and Ashton Agar picked one each. 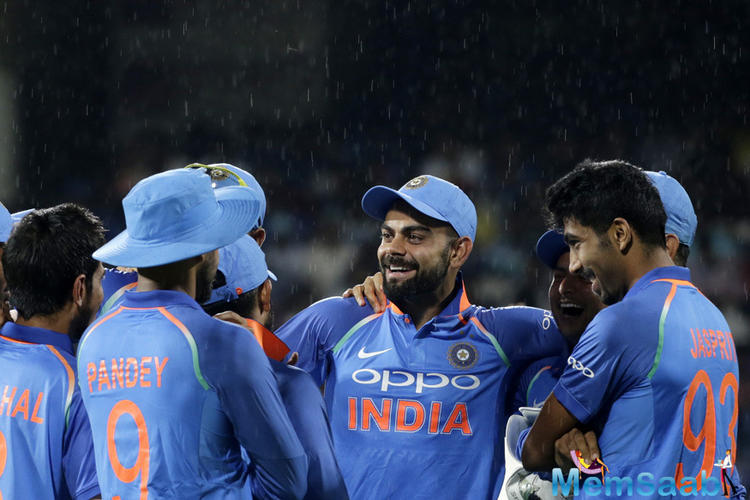 In This Image: Virat Kohli
But, captain Steve Smith’s 59 in his 100th ODI gave hope for the visitors. Marcus Stoinis, too, joined the party by scoring his maiden fifty, but Kane Richardson’s departure courtesy the final wicket for Bhuvneshwar denied Australia the match.

With this result, Virat Kohli’s men have retained the top spot in ODI rankings, with three ODIs to play 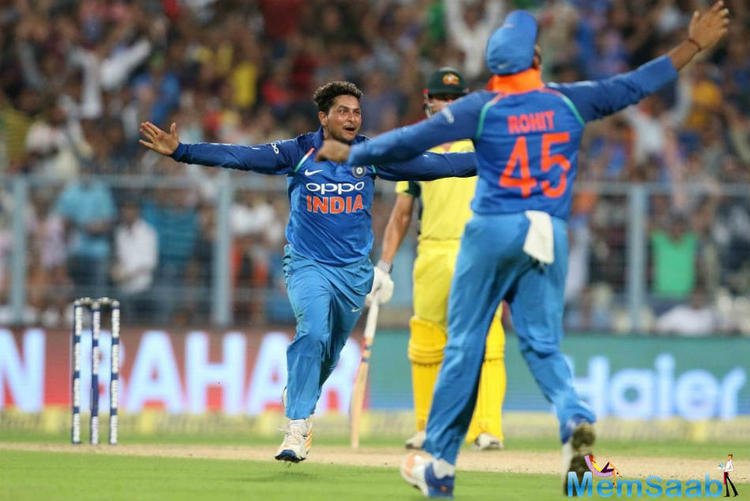 In This Image: Kuldeep Yadav
Australia will have one last chance to step up in this series when the two teams now head to Indore for the third ODI on Sunday.