I tell Deepika Padukone that I am her ‘souten’: Arjun...

I tell Deepika Padukone that I am her ‘souten’: Arjun Kapoor on his ‘warm’ friendship with Ranveer Singh

Let’s admit Arjun Kapoor and Ranveer Singh are the real life ‘Jai and Veeru’ and their chemistry, both onscreen and offscreen, is palpable.

From praising each other’s work to sharing a warm bond of friendship, the duo nonetheless share a great equation. 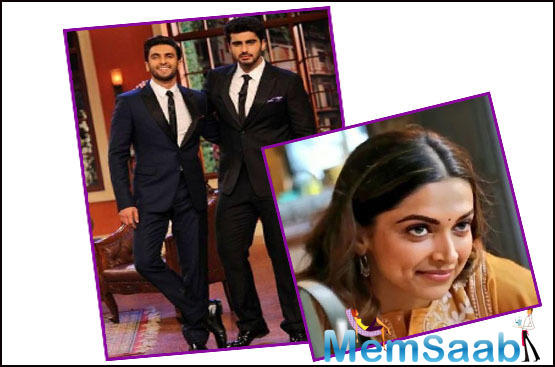 In This Image: Arjun Kapoor, Ranveer Singh, Deepika Padukone
Now in a recent interaction, Arjun was asked if his friendship with Ranveer has changed due to his stardom or marriage to Deepika Padukone. To which he replied by saying, “He still gatecrashes my dubbing, sends long voice messages after watching my songs and kisses me on the cheeks. Our connection remains unaffected. I tell Deepika that I am her souten. We have been consistently warm,” as quoted by a leading daily.

Well, looks like the two are BFFs in the right manner! 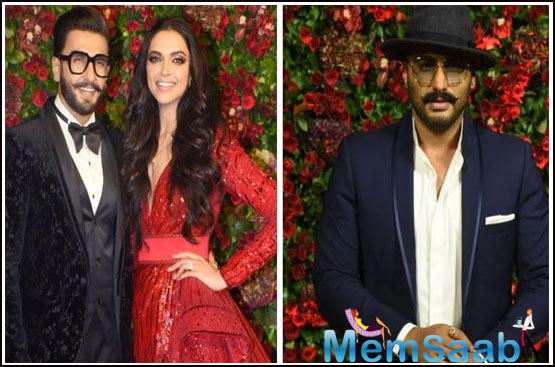 In This Image: Arjun Kapoor, Ranveer Singh, Deepika Padukone
Meanwhile, on the work front, Arjun will be seen in Ashutosh Gowariker’s Panipat, co-starring Kriti Sanon as Parvati Bai and Sanjay Dutt as Ahmed Shah Abdali. The film releases on December 6. Ranveer, on the other hand, will be seen in ’83, directed by Kabir Khan and based on India’s 1983 World Cup win.