‘I still remember the days when she used to come...

‘I still remember the days when she used to come with her sister Karisma, so I have that kind of memories with Kareena says Akshay Kumar

Akshay and Kareena go a long way back as Karisma Kapoor and Akshay had done several films together. In Good Newwz, Akshay, Bebo and Diljit, Kiara are shown as couple having the same surname that results in a major goof-up when they try to conceive a child through IVF. 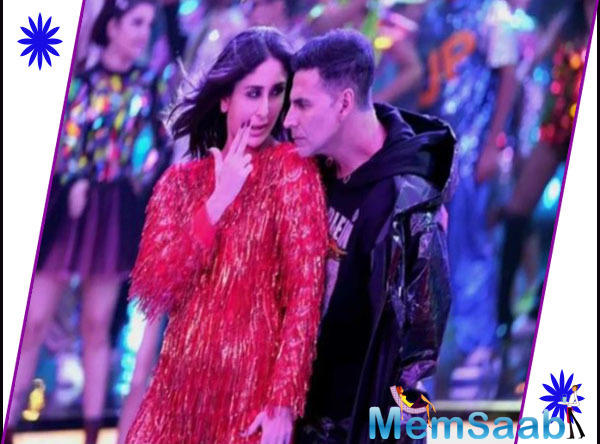 In This Image: Akshay Kumar, Kareena Kapoor Khan
Akshay is sharing screen space with Kareena after their 2009 film Kambakkt Ishq. Their crackling chemistry has got the fans gushing who can’t wait to see the stars unleash it on the big screen. During a media interaction, Akshay spoke about his experience of working with Kareena and said, “The experience of working with Kareena was great. I still remember the days when she used to come with her sister Karisma, she was small, mein ussko khud uthata tha (I used to lift her)… so I have that kind of memories with Kareena”

Talking about the film, Akshay said that he has a social message to convey through the film. 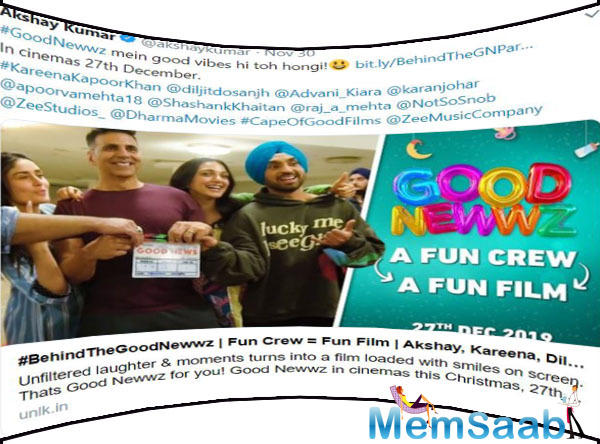 In This Image: Akshay Kumar, Kareena Kapoor Khan, Kiara Advani, Diljit Dosnajh
He said, “Humare yaha abhi bhi woh word use hota hai ‘banjh’ (in our society the word banjh- a woman who cannot conceive is used) …you can get over that and use IVF …jiske dwara you can start a family and aise kayi logo ka ghar iss IVF se bacha hai. 92% success ratio is of the treatment.” Good Newwz is directed by Raj Mehta and produced by Karan Johar under his production banner Dharma Productions. It is slated to release on December 27.