Filmmaker Siddharth Anand of Bang Bang! fame is going at his next project in blitzkrieg fashion. The untitled project that stars Hrithik Roshan, Tiger Shroff and Vaani Kapoor is currently under the working title Fighters 2, and is slated to have an October release this year.

Additionally, the source could not resist revealing who is essaying the antagonist in the movie. 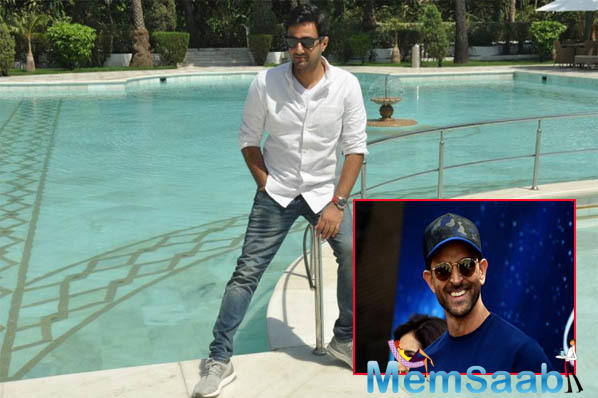 In This Image: Hrithik Roshan, Siddharth Anand
“Actually, Ashutosh Rana plays the villain in the film. So you guys will need to wait and watch why Ashutosh and Hrithik stand opposite each other,” he reveals. Moreover, in addition to the action sequences, the movie will also have dance-numbers. “There is going to be a sexy peppy dance number in which Tiger Shroff will participate. Yeh paani mein bhi shoot hoga (It will also be shot under-water). There will be a short break of about two days before embarking on this song and dance number in a resort at Mud Island,” concludes our source.

Hence, there’s no doubt that the filmmaker is all amped up as the shooting is already underway in Mumbai. The one-month long shooting will be held at different locations, including in the studios, Film City and Mud Island. 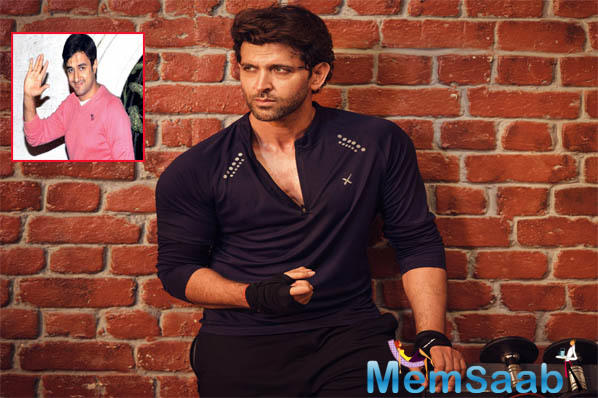 In This Image: Hrithik Roshan, Siddharth Anand
Character and Vaani is the love-interest of the former. Apart from this, the source also talks about the key developments of the film, including Hrithik’s character. “The shoot that is being canned here in Mumbai studio for almost a week is all about air combat. Hrithik’s role holds a pivotal rank in the Indian army. He is traveling on this plane with a huge army. The question is, what happens to his plane? Who attacks him? Will he manage to get off the plane with the help of a parachute? This is a long schedule and at the moment, Hrithik is the only actor shooting with his army,” reveals the source.